Demi Lovato on how she 'accidentally lost weight'

A year into $51M deal, Dolphins ready to move on

What do you think about the German film Das Boot, I am a Pole Poland suffered a lot at the hands of Germany, but I admire Submariners?

What do you think about the German film Das Boot, I am a Pole Poland suffered a lot at the hands of Germany, but I have some admiration for the Kriegsmarine.

I am glad that the Germans lost that war and I think so, that maybe if during the Versailles pact only the territories that the Germans had appropriated were taken from the Reich and such draconian financial penalties were not imposed on them, mainly at the request of France and the UK, perhaps not would be Nazism.I have Asperger Syndrome, I was rejected from conscription to the Polish Armed Forces for this reason, although in my doctor's opinion, more because I had epilepsy in childhood, perhaps the so-called rolandic epilepsy rather than from Asperger itself.I suspect that my mother must have told the draft commission ;-)Anyway, my friend boasted that he had served in our Polish Navy for some time, when we still had conscription troops, that he was the so-called boatswain mate or non-commissioned submarine, that he had not only Asperger but also ADHD but in a mild form that he was Aspie, but did not tell the doctors on the draft.

That the Royal Navy and the US Navy would probably get a kick in the *** for such stunt, but not in Poland, that on the contrary, its commander was impressed that he wanted to serve, but his commanders said that he is so functional that could get a medical waiver, why he risking that he getting a reprimand, that his captain helped him clear this up.

A game about UBOT (Made in Poland) xD 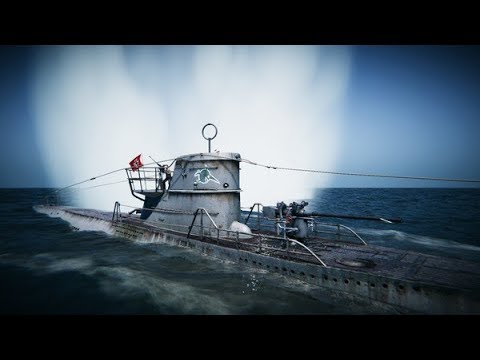 Mine friend say that Submarine service especially Sonarist (Sonar Specialist) is a perfect match for someone on Autism Spectrum.