Giuliani confirms $20K fee, but says someone else asked

A truck driver with USPS says he was suspicious of his cargo load of 288,000 COMPLETED ballots “I was driving completed ballots from New York to Pennsylvania. I didn’t know, so I decided to speak up.”

notice the Left stopped talking about election fraud, so I'm helping them remember it. 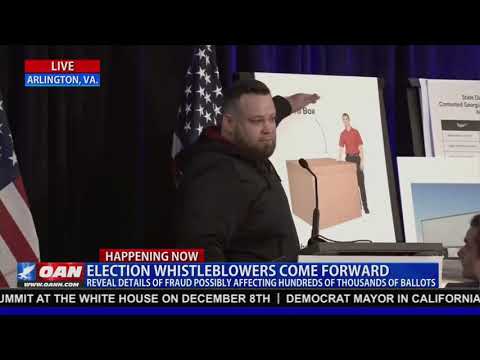 If you want to ask question, watch the video first please.

One America News said nothing on that video. It was all Jesse Morgan's testimony. Do you get tired of being like that?