Why Kamala Harris wore purple for the inauguration

Networks stick with Trump in his unusual goodbye speech

Have women achieved full social equality in the west? Proud to see a woman in New York spitting in the face of a male police officer?

This would have been unthinkable 100 years ago! Can you even imagine? An Asian Indian woman boldly spitting in the face of a white male police officer. 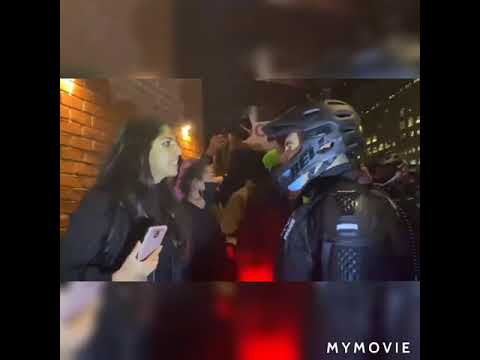