Cuomo to Trump: 'All I wanted was for you to get well'

Why kids of top Trump aides denounced their parents

Did you know the Trump Campaign is scheming with GOP state legislatures to pass laws requiring their Electoral College votes go to Trump?

Here's how they can do that:

The Constitution gives state legislatures the power to determine where their Electoral College votes go. They now go according to the popular vote only because it was set up that way. But, they can completely change that in a day if they have the votes ... i.e. Regardless of who wins the popular vote, Republican state legislatures can pass a law that makes all their Electoral College votes go specifically to Trump if they want to  ... The only way to beat what Trump and his Republican Party have planned for this election is to massively turn out for a crystal clear landslide vote for Biden.

"A jarring new report from The Atlantic claims that the Trump campaign is discussing potential strategies to circumvent the results of the 2020 election, should Joe Biden defeat Donald Trump, by first alleging the existence of rampant fraud and then asking legislators in battleground states where the Republicans have a legislative majority to bypass the state’s popular vote and instead to choose electors loyal to the GOP"

"The Election That Could Break America"

Vote Blue No Matter Who!

"Overall, we rate The Atlantic Left-Center Biased due to editorial positions and High for factual reporting based on excellent sourcing of information and a clean fact check record."

Trump's favorable numbers are far to low to allow for a win in a free and fair election. So, Trump will have to cheat in order to win ... And, he desperately needs to win.

I can't help that you've bought into the conservative propaganda. But for the record, the wealth of the middle class has been eroding since 1981 when Reagan & the GOP flipped our economy upside down to run on supply side economic theory. Before then, the middle class lived comfortably on the money it made and the money it saved. Today, after 40 years of trickle-down crap, how well the middle class survives is dependent upon how high of a credit rating workers can qualify for.

And, Biden will be fine. It will take someone with his experience to put this country back together, reestablish our standing in the world, and move our infrastructure into the 21st century. btw, Kamala is a moderate. And, so far as the Green New Deal goes, the rest of the world is already moving in that direction ... We can either choose to lead in that or fall behind. Dems have chosen to lead on that, because, that's where the business of the future on this planet is going.

If we were talking about FOX News and conservative media in general or Trump, "anonymous sources" could very well be wholly imaginary. But, "anonymous sources" could also be people "in the know" who don't want to lose their jobs. Reputable news operations generally make a point of verifying information via other sources before reporting. And, even a broken clock is right twice a day ... You must have missed this FOX News report. 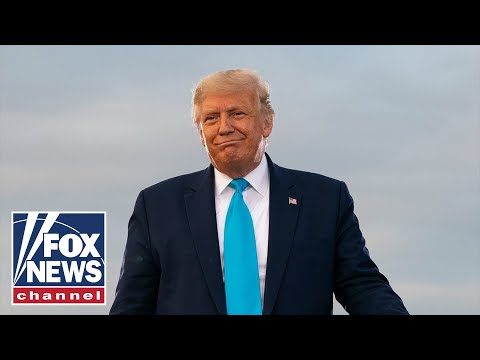