Is Peter Caine the dog trainer a truthful man when he talks about Sasquatch?

I've been watching a man on YouTube called Peter Caine Dog Training and lately he's been posting a lot of videos saying Sasquatches have been active on his property and he even managed to catch one on camera. Is he telling the truth?

A link to one of his videos https://youtu.be/ku2Mj9wEVTw 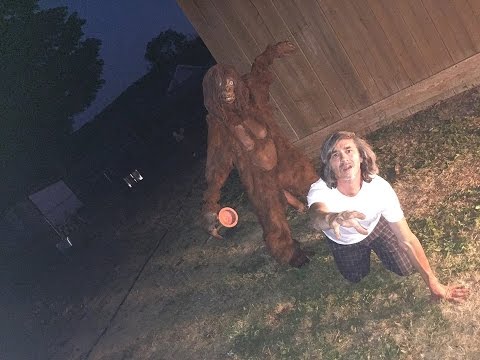