2020 is becoming a tale of two Americas

What do you think about Hulk Hogan Vs. Sting at TNA Bound for Glory 2011? 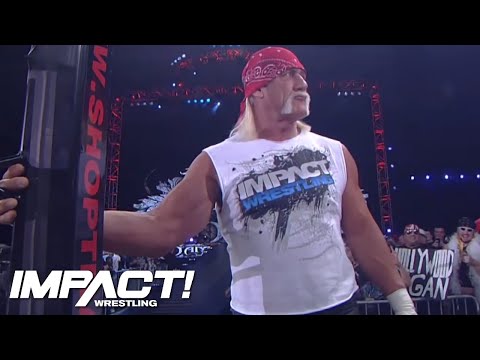 This youtube video taken from TNA Impact Wrestling own channel has 6,085 Likes, too bad 6,085 TNA Faithful doesn't equal up to a damn thing or a good match.

Although Total Nonstop Action didn't think Hulk Hogan Vs. Sting at TNA Bound for Glory 2011 was a Bad Match because they themselves when leaving Spike.TV after only nine years would rank The Bound for Glory 2011 match over A.J. Styles Vs. Christopher Daniels Vs. Samoa Joe.

Another moment that ranked higher then The Acclaimed Triple Threat match was Ric Flair's confrontation with Jay Lethal.

A fellow Impact! Wrestling fan even went out of their way to state that TNA's Hulk Hogan Vs. Sting was 'Better Booked' and a 'Better Match' then Shane McMahon Vs. The Undertaker at Wrestlemania 32.

Nobody is purchasing Total Nonstop Action Content, doesn't matter if it is only Ninety-Nine cents. Also Josh Matthews has started responding to Youtube Comments since Mid-March, via the official Youtube page which of course Matthews runs insulting anyone against Impact! Wrestling much like he does on Twitter.

Here we see Matt Hardy, no-sell a Piledriver on Concrete.