Shoppers are 'blown away' by this sound bar

What is the cause of racism?

First of all, let me say that I am neither Brown, Asian nor black, I don´t know if I´m white or mostly white, I only know that I can pass as white in Latin America but I am not racist and I met a lot of educated brown people that look nothing like the negative stereotypes, I also get offended when people insult Latin America, where am I going with this? Well, there was once this troll in some chat that was insulting Brown, Asians and Black people from emerging countries and I was defending them, since he was saying that rich countries are rich because they are full of blued eyed blonde hair people, I told him that there were more people like that in Eastern Europe than in southern Europe and yet Southern Europe is more developed (then he answered me something like "Lol, dont you know that Slavic people are an inferior race?"), I also told him that China invented the first gun, I told him about the Islam Golden Age when the Arab countries were more developed than Europe and how Asia is developing fast, how Europe in the Renaissance got it´s ideas from other continents, I told him that there was no superior race, that nations rise and others fall, he then thought I was black, so he used the "n" word to me, but since I wasn´t, I didn´t took it to personally, then he tried to insult me thinking that I was Asian or Brown, but it also didn´t affect me either and when I described to him my appearence, he said "if you defend these people and you are not one of them, then you must be a jew" and then he said very offensive things against jews and how Nazis will rise again which didn´t let me sleep for half the night.

Now here´s the thing, if you walk down the street and see a homeless man, you wouldn´t insult him or tell him how poor he is, you would rather try to help him or want him to go forward in life so I thought that if colored people were truly an inferior race (maybe because they live in hotter climates or who knows what other excuse), then people wouldn´t really insult them or try to put them down, I think that emerging countries are poor because they have been conquered for many years (by nations that used the Chinese gun technology), you know, including Eastern Europe which was conquered by Russia, so I don´t understand the racist people, also, I watched the movie of Abraham Lincoln, and there was a part in that movie where a racist person said that colored people are inferior because they are smelly and they didn´t look good (or something like that), but the smell can get fixed by showering and the ugliness can be fixed by eating healthy because, believe me, if you see a healthy brown, black or Asian person, they don´t look ugly at all, whereas if you look at an unhealthy person no matter his race, he would definitely look bad, I also noticed that many colored people have an inferiority complex, especially because they been conquered for so long, but this can get fixed by motivation and by a good education, in a Mexican movie based on real life called "5 de Mayo", there was a talk of a general and in one of his speech, he tried to get their inferiority complex and negativity away from them http://www.youtube.com/watch?v=hNTm4MmoYZY 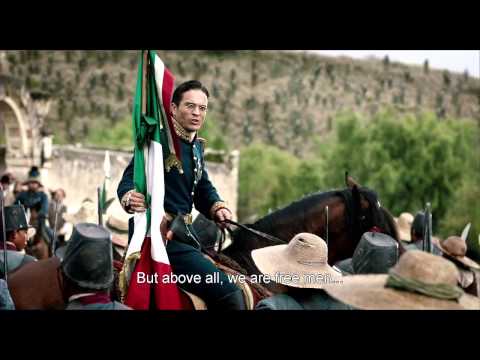 I also noticed that many racist people (that I have talked with in person, rather than in a chat) have some sort of fear of something that I don´t exactly know what it is but it has something to do with the race they are discriminating and they believe that it is a law for whites to be superior and that, according to them, that law must never be broken, I say this because after I tried to convince one person that blacks are not inferior and that they had great civilizations in the past, he responded by saying "Blacks will never, ever, be richer than whites" but that "will never" sounded more like a "must never" and he was trembling in his speech, after that, I stopped the conversation but it got me thinking about the way he said those words; so can you tell me what is the cause of racism?

I live in Latin America and most of the racist people I met in person where from Latin America, I have never experienced racism towards me personally, I have argued with some people when they said something negative about some race, but discrimination was never directed towards me.