Jessica Simpson admits she got married too young

Save over $190 on this top-rated Michael Kors coat

Democrats pick who'll respond to State of the Union

Can police check id's at DUI checkpoints without suspicion that a crime has been committed?

I thought it was pretty clear that police are not allowed to check ID's at DUI checkpoints per Delaware vs Prouse and MIchigan vs Sitz, yet police seem to be doing anyway. How is this legal?

Here is a video where police are blatantly requesting ID's at a checkpoint without suspicion that a crime has been committed: 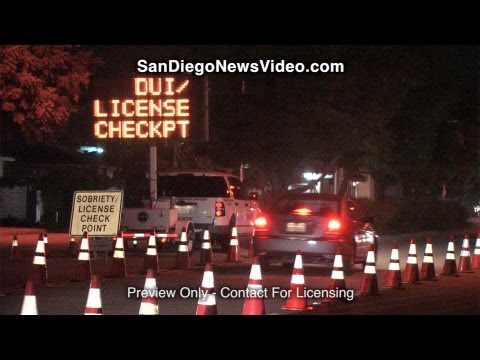 Here is a quote from MIchigan vs Sitz stating that such police activity at a DUI checkpoint is illegal:

"In Delaware v. Prouse, supra, we disapproved random stops made by Delaware Highway Patrol officers in an effort to apprehend unlicensed drivers and unsafe vehicles. We observed that no empirical evidence indicated that such stops would be an effective means of promoting roadway safety and said that

"[i]t seems common sense that the percentage of all drivers on the road who are driving without a license is very small, and that the number of licensed drivers who will be stopped in order to find one unlicensed operator will be large indeed."

"kind of standardless and unconstrained discretion [which] is the evil the Court has discerned when in previous cases it has insisted that the discretion of the official in the field be circumscribed, at least to some extent."

Here is a quote from Delaware vs Prouse:

"Except where there is at least articulable and reasonable suspicion that a motorist is unlicensed or that an automobile is not registered, or that either the vehicle or an occupant is otherwise subject to seizure for violation of law, stopping an automobile and detaining the driver in order to check his driver's license and the registration of the automobile are unreasonable under the Fourth Amendment."

0110, USA all the way 2 : I appreciate the effort but I think your analysis is wrong. A DUI checkpoint allows the police to briefly check for signs of impairment. A DUI checkpoint is not to function as a general crime checkpoint, and the other decisions still apply. It is illegal to have drug sniffing dogs at a DUI checkpoint per Indianapolis vs Edmond. It is still illegal to check ID's per MIchigan vs Sitz and Delaware vs Prouse. Michigan vs Sitz does not set a new precedent over Deleware vs Prouse. I'm not sure why so many people think that they should be legally required to show ID at a DUI checkpoint absent suspicion of criminal activity.