How many failed predictions will pass before conspiracy theorists say "Man, this stuff is bullsh..."?

The first time I heard about one-world governments, I was a child, in Sunday school (I'm not Christian anymore, but I was raised one). One Sunday, we watched the movie "Thief in the night". The movie was kind of an earlier and more simplistic version (with considerably worse acting) of "Left Behind"; the rapture occurs, global chaos ensues, one world government arises, tribulation follows.

Anyway, we talked about the movie afterwards and the Sunday School teacher assures that we are on the cusp of this right now and this will be reality in 2-3 years max. Well, 1984 came and went, I didn't (and still don't) have any marks of the beast on my right hand or forehead.

So...fast forward to 1992, I'm now a young adult and my transition into adulthood was rocky to say the least. I mean, it's a difficult adjustment for most people I think, but most people have some kind of idea or vision for their life. Not me. No clue at all. I'd have gone to college if I knew what for, but I honestly had no idea what I wanted to do.

So I coasted from one sh*t job to the next trying to make money however I could, which was never enough. I leaned on my parents heavily, borrowed a lot, until one month I couldn't make rent and had to move back home. My parents had stumbled onto some reading materials that lead them down the NWO-conspiracy path. My dad really went off the rails with it. No conspiracy theory was too out there for him. As far as he was concerned: his phone was tapped and everything that flew over the house was an NWO-flying-object spying on him.

Mom was a bit more subdued with her approach. She mostly got into educational stuff; outcome-based education specifically. I don't recall the details, but the gist was that some corporations were pumping private money into these programs to warp children's minds. There might be some truth to that, but it's irrelevant.

So at the time, I; no-ambition-life-loser moved back into a home with one parent telling me, "Hey, you were raised in an educational system that set you up to fail" and another telling me, "Hey, the bilderberg-illuminati-freemason forces of evil are holding you down". I can't tell you how much I welcomed the sh*t out of that message. My life sucked and it was somebody else's fault. I was a born-again conspiracy theorist.

It was fun to be a conspiracy theorist in 1992. We didn't have the internet, no youtube, etc. So to get information, you had to get out and go to lectures, buy books, go to conferences and conventions. There was very much a social atmosphere to it. We did have dialup bbs though. We were on Prodigy (remember them?) though, and there were lots of conspiracy theorists on there. There were also lots of people who liked to f--k with them. I hated them, but now I would be in on it with them, heh. How time changes things!

Anyway, someone got a rumor going that the U.N. was going to do a hostile invasion of the USA (some time in 1992, I forget the exact date). It was hilarious too (in retrospect) because people were literally stockpiling food, water, guns and ammo and were preparing to head to the hills. That day came and went. Nothing happened. It should also be noted that in 1980, the "mark of the beast" was going to come in the form of a tattoo. In 1992, it had been upgraded to cellulose microchip implants (like you put in your dog).

Fast-forward to 2007: I am not a conspiracy theorist anymore. I do not live with my parents. I actually have a fairly fruitful career and life. I love my job, I am married, and my wife and I have a lot of hobbies we share. I have a radio show and run a small non-profit TV station: i.e. Things are going well: I own a home, I own a car (outright: no payments). I have 3 credit cards with a balance of zero. I am not financially retarded anymore. But...the same conspiracy theories are *STILL* bouncing around, but now with the addition of...FEMA coffins. No sh*t. And these theories have been kicked into the dirt so many times by now, but the Conspiracy Theorists aren't having it. 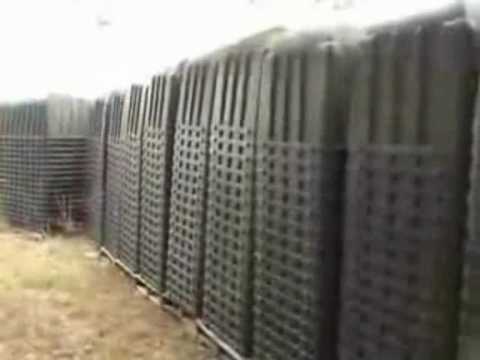 George W. Bush is going to declare martial law, dissidents are going to be interned, and most likely killed. Well, it's 2013 now. What happened to that?

At what point do conspiracy theorists look at this string of failed predictions and say, "You guys are full of s**t?"

I mean, every 10 years or so, the same conspiracy theories are re-packaged and modified to fit the current events and technology of the day. in 1980 it was tattoos, in 1992, it was cellulose microchips, in 2007, it's RFID. What will it be next? Who knows, but I'm certain that probably won't happen either.

Chucky: Haha, I couldn't agree more if you paid me!!!