AOC looks back on her transition to Washington

Why do atheist try to deny the fine-tuning of our universe?

Embedded within the laws of physics are roughly 30 numbers (parameters)—including the masses of the elementary particles and the strengths of the fundamental forces—that must be specified to describe the universe as we know it. The fundamental numbers, and even the form of the apparent laws of nature are not demanded by logic or physical principle, meaning they could have taken on different values. The problem is changing just a few of these parameters would have resulted in a starkly different universe: one without stars or galaxies and even without a diversity of stable atoms to combine into the fantastically complex molecules that compose our bodies and our world. 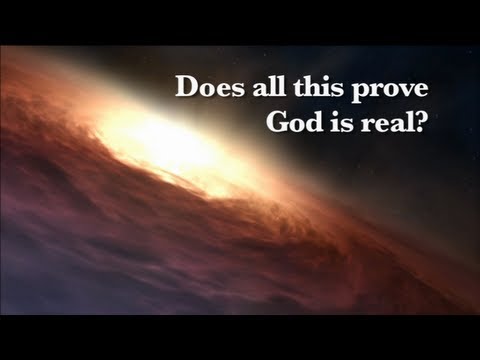 "The Universe: a biography". John Gribbin

"The Mind of God". Paul Davies

Top atheist responses that try to get you to sit around in ignorance and not find an explaination for the fine-tuning...

1) if we weren’t here we wouldn’t notice it

Luke Barnes response to this by saying “What if someone asked "why are quasars so bright" and suppose someone else answered "because otherwise we wouldn't be able to see them". Well this answer is true, but it is no explanation at all and expects us to not try and find an answer to why quasars are so bright. It is the same thing with the fine-tuning. We need to seek out an explanation to why the universe is so fine-tuned instead of ignoring it.

2) The Universe is massive, and we can't live in a space.

Our claim isn't that this universe contains the most amount of life that you could fit in it. We're saying that if fundamental parameters were slightly different, there wouldn't be any life at all. Saying how horrible things are and will become doesn't change the precision of this fine-tuning.

We're not talking about what life can adapt too, that's not the issue here. The issue is what the universe needs to do before any form of life is even possible. The fundamental parameters are finely balanced on a razor's edge, and if they were slightly different you wouldn't have the ingredients for life.

We should note that the preceding arguments are not ‘God of the gaps’ arguments; it is advance in science, not ignorance of science, that has revealed this fine-tuning to us. In that sense there is no ‘gap’ in the science, The question is rather: how should we interpret the science? In what direction is it pointing?

Why would a universe that doesn't care about us (life) have constraints on its constants to make it life permitting? You would have to believe that a life-prohibiting universe is physically impossible, but a life-prohibiting universe is logically possible and there is no evidence suggesting otherwise. If the parameters couldn't have been slightly different, then that would be even more evidence for God.

The odds arn't 1:1. The cosmological constant alone makes the odds 1:10^120. We need to find an reason for why we got so lucky instead of trying to get people to not find and explanation. (The Cosmological Constant is causing the universe to expand at an accelerating rate, such that if the cosmological constant were larger by 1 part in 10^120 it would have prevented stars and galaxies from forming.)

So if the Multiverse exist it would need fine-tuning of its own.

@BRYAN, no we don't believe anything close to what you just said.