No racism intended,Can someone please explain why African statues and Art are throughout Europe?

Here is a video of a gentlemen showing statues in Europe of Africans. He says that they ruled Europe for over 780 years.To those of you who are too naive to believe it. He is not just making this stuff up because if you go to those parts of Europe. You can see them for yourselves. They have clear African features.Once again, these statues are all over Europe and you can see them for yourselves. Please watch the whole video. But, the most interesting ones are at 0:00, 0:36, 0:43, 0:53, and @ 2:50. http://youtu.be/P8M1ey6U5io 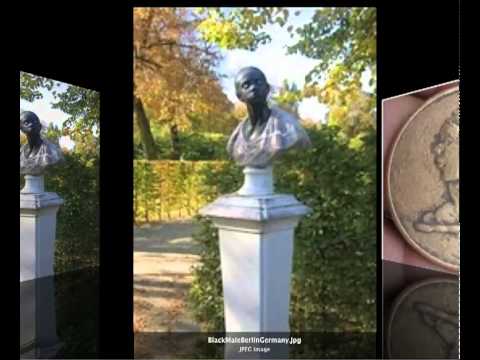