America should get a 'tax break to go travel': CEO

Hospitalizations up in NYC, but this time it's different

Why does the PRC supply arms to terrorist groups involved in Civil Wars, and then lie...?

.. about "not interfering with the internal affairs of other countries?

China is establishing itself as a significant arms supplier to a growing number of important recipient states: PAKISTAN, MYANMAR, BANGLADESH [ & Algeria]

Pakistan - which accounted for 55 percent of Chinese arms exports - is likely to remain the largest recipient of Chinese arms in the coming years due to large outstanding and planned orders for combat aircraft, submarines and frigates.

China's rise has come with a new sense of military assertiveness...

"On arms exports, China sticks to three principles. First, that it is conducive to the recipient country's justifiable self-defense needs. Second, it does not damage regional and global peace, security and stability. Third, it does not interfere in other countries' internal affairs," he told reporters.

China does not release figures for its arms sales.

China faces bans on Western military imports, dating back to anger over its crushing of pro-democracy protests in and around Tiananmen Square in 1989.

That makes its domestic arms industry crucial in assembling a modern military that can enforce claims over Taiwan and disputed maritime territories.

China has faced off recently with its Southeast Asian neighbors and Japan over rival claims to strings of islets in the South China Sea and East China Sea, even as the United States executes a so-called pivot towards the Pacific.

And here's an oldie but goodie relative to the subject of China'saggressive military policy that is the foundation of CCP imperialism: 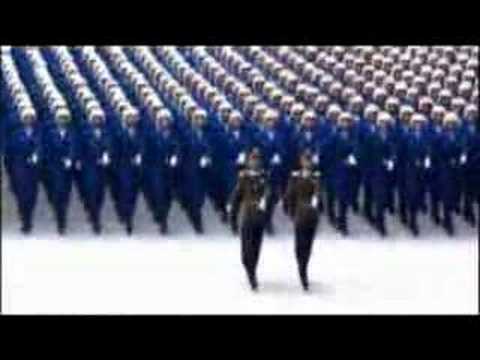 I DARE CHINA TO SEND THAT SOB TO TAIWAN AND LET HIM GIVE THAT SPEECH!

Note of some interest: Kings sit in palaces waiting for wise men to come and advise them. Fools rush into battle...