James Corden's turn as a gay man in 'The Prom' derided

GOP strategists look to move beyond Trump in Georgia

What disease experts say is coming next

Does long unemployment carry stigma even in a pandemic?

Why do Republicans think they can fix a mess they created?

Obama was handed the worst economic global crisis since 1929. He was handed a sinking boat and is now being blamed for the economic disaster. In 1929 it took decades for the US to recover. What do the Republicans think they can do to fix a mess they helped create?

Let me guess Republicans will now call me a name or post some useless irrelevant post or write Romney 2012.

@Jarrod, really? you think he was handed a worse condition than the 2008 housing crisis? I don't think so dude. I happen to study this stuff so save it for idiots that will believe you.

@todd, wrong... it goes farther back - Republicans are always oblivious about the economy and create more debt. Democrats always try to cut it down (I know Obama didn't because he was given the black death of a market and had to bail out and increase the debt ceiling to keep the government from crashing). The debt is because of the Republicans - particularly starting with Reagan.

@100%, you just ignored a ton of facts... obviously I've already stated why Obama looks bad - anyone would that were handed this mess - what would you have done? What would Republicans have done after the global crash? Bush handed Obama a huge mess and he knows it - that's why Bush stays out of the media.

@Dan, see the zfacts link.. Republicans did the damage to the economy.

@Dan, I like how you can't give an answer as to what you would do as a Republican. Hey I don't care what the party label is - if you can prove me wrong (you can't) I'll fight for your side. Anyway Obama will man up he is going to get 4 more and rightfully so.

@Frog, so why won't you answer the question? What would Republicans do differently - they would have had to raise the debt ceiling as well and do bailouts.. there was no avoiding that and it's not like the economy would recover after the crash of 2008. I guess you don't know much about economic history or the scale of the economic disaster which was global and still Europe has not really recovered. If you think this is just the US you obviously don't read the economic news much - i do everyday and everyday there's a problem in Greece, Spain, Italy, Portugal or Ireland. It's not just the US - Obama isn't god - nobody could have stopped it from happening. Your strategy would have been strict austerity most likely and you would have riots in the streets like none you have ever seen. I don't know why your just trying to look for bad in Obama / democratic party - Your party did a lot of damage and you won't admit to those responsibilities.

@Cody, it did see the DEBT-TO-GDP ration through presidency in the zfacts chart. You think I posted the link for nothing - have a look. There's literature under the graph - read it - your question was already answered. I have yet to here want any of you would have done to stop the financial collapse - is that is cut taxes for the rich? lol epic fail.

@Cody, see the DEBT-TO-GDP ratio through presidency in the zfacts chart. You think I posted the link for nothing - have a look. There's literature under the graph - read it - your question was already answered. I have yet to here want any of you would have done to stop the financial collapse - is that it cut taxes for the rich? lol epic fail.

@Pat, thanks (it's ok though I can take it, I'm a good arguer even against death ears I can still work their minds) they don't respond to criticism - that's why I'm not a Republican any more. I'm still registered as a Republican lol but I'm not going back and I didn't vote fore 1 single Republican this election. Unfortunately the Republicans think the rich are the answer to everything and education doesn't matter. It has been proven through GI bills for example, that the amount spent on educating is paid back to society 7 fold. An uneducated society is a dead one. Republicans have short-sighted philosophies that work in the short-run but the long run is something they don't consider.

@JoeBama, you don't understand how the economy works either? Unemployment shot up because of the housing crisis, and for one, all the jobs in construction were all lost. Houses are big ticket items so when the housing goes so does all the other industries below it such as consumer goods - everyone is going to lose their jobs. Many people lost their house, had to move back with relatives, or they were out on the street. Just who long do you think it should take - overnight? No it take time after such a crash. I fail to see how Obama is responsible for all that - and it's easy to post how low unemployment was before a crash / at the top of a housing bubble - just how long (in reference to the housing boom) did you think it would last anyway?

@JoeBama, no matter who is in power is facing compounding debt (the debt turned the corner before Obama got in) - nothing can be done about the debt at this point. Please watch this 19 economic videos: 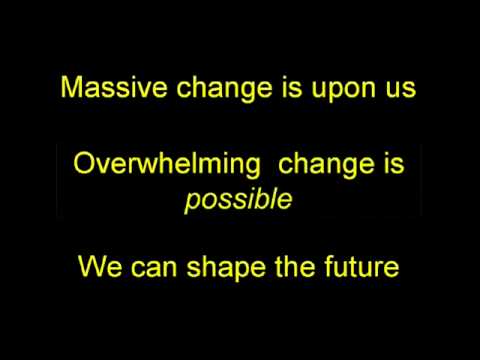 I know that's a lot of educating for a Republican lol but if you will please educate yourself on this topic before pointing fingers.

Stop blaming Obama for something he was not responsible for.

@JoeBama, you do realize there was a major collapse and the government was inches from being shut down in 2011? The debts were necessary.. What is your response to the zfacts link and so called "conservative" policies that drove up the debt? The Republican party is very responsible for a large portion of the debt - in fact a good majority of it as the chart shows each presidents performance in terms of debt-to-gdp. Until you republican's take responsibility for your irresponsible policies I will not fault the more responsible democrats.

@JoeBama, the gas prices are high because the dollar is being devalued by the FED to stimulate the economy because of the 2008 housing crash / greatest economic crash since 1929. Other commodities are going up as well (compare the price of gold for example both going up in tandem) - it has nothing to do with drilling for oil - no amount of drilling will stop the dollar from being devalued and the price for fuel will remain high until the dollar strengthens..

You won't win this argument. I know what I'm talking about.