most scientific convert to islam when they read the quran?

why then the media don't show to the world that the holy quran goes with science because it is the words of Allah.

why most of western think that muslim have many editions of quran while the fact there is one quran and it is the same quran since 1400 years and has not changed any word in it.

if you want to know more contact me writerto@yahoo.com

Yasin Abu Bakr (Lennox Philip) - of Trinidad and Tobago, under trial for an attempted coup as of 9 March 2006[21]

Kevin Barrett - university lecturer and member of Scholars for 9/11 Truth.[23]

Abdullah Beg of Kartli - Georgian convert to Islam[24] who was a claimant to the kingship of Kartli. 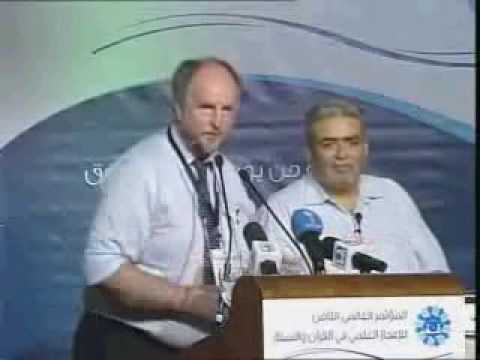 European Scientist explains why and how he became Muslim

Dr. T.V.N. Persaud is a Professor of Anatomy and Head of the Department of Anatomy, and a professor of Pediatrics and Child Health, University of Manitoba, Winnipeg, Manitoba, Canada.

Prof. Arthur Alison is the head of the Department of Electrical and Electronic Engineering in the University of London.

also check this website where are hundred of miracles in the holy quran and ahadeth of the prophet mohammed http://www.elnaggarzr.com/en/index.php?ID=3&CatNam...