Munger: A little inequality is good for the economy

Breaking the stereotypes of homosexuals?

Do you guys know people that break the stereotypes of homosexuals? Have you ever had anyone come up to you and after they find out you are gay say that you don't look gay? There are preconceptions of what a gay or lesbian or bisexual is supposed to look like.

I don't know if anyone has seen this video before but I just found it (been on youtube kick tonight) and it is an amazing video that breaks homosexual stereotypes. So let me tell you a story...

Mitt Romney is in New Hampshire campaigning. He walks through a diner and sees a Vietnam Vet and decides sitting next to him and talking would be a great thing for his campaign. After all, this man is older, white, military... he must be a supporter. So, uninvited, he sits down, and starts having a conversation... what he doesn't know is that the man is gay and sitting across the booth from his husband!

For those of you that don't like to click on links and go to videos, this is so totally worth it. You can see the moment Romney realizes that this man isn't a supporter and it is priceless. What do you think of this video and the inaccuracy of the homosexual stereotypes? 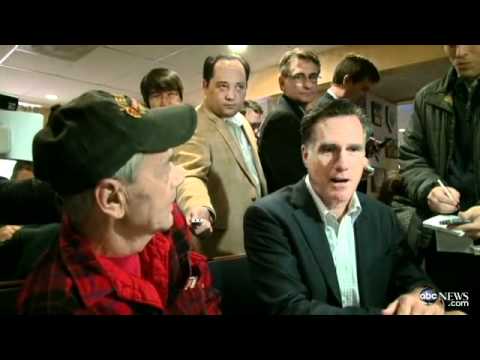