Teacher who kneeled during CFP title game speaks out

MLB pitcher: Scandal a 'huge black eye for the sport'

Greta Thunberg warns 'you have not seen anything yet'

why does the gay community get so offended when people don't agree with their views?

im not trying to start anything and i dont care how you live your life, whether you're straight or gay....but seriously, why is it that when someone disagrees with something like gay marriage, he/she gets called close minded/homophobic/bigot. take manny pacquiao's situation for instance. he gets asked a question about gay marriage in an interview and he gives his opinion about it. an author misquotes him in an article about gays being needed to be put to death, and next thing you know, the whole community wants his head without even knowing the whole truth. and he even gets banned from a mall for something he didnt even say. isn't the whole point of being open minded is to respect people's opinions/thoughts/views whether you agree with it or not?

another situation, will smith shoves and slaps a guy for trying to kiss him on the lips, and now he's getting called homophobic. it seems like the media is trying to shove this whole gay thing down our throats. 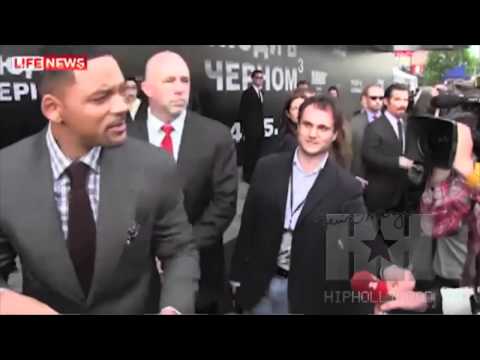 see, that's the thing though... could pacquiao of handled that question better? of course, he didn't need to bring religion into it...but im almost certain that even if he simply said that he didn't support gay marriage, but supported gays, he still would've gotten heat from the media and community, and get called all those names.

slayer, you're putting words in my mouth...no where in my question did i say i was discriminating against gays, nor did i say gays are going to hell... pacquaio never said that either...and sure, he brought religion into it when he didnt need to. the point im trying to make here is that the gay community is always telling society to be more open minded, but the at same time, they're getting so defensive whenever someone disagrees with them and gives their opinion. pacquaio was damned either way, whether he brought religion into nis views on gay marriage or not, it would still cause controversy.