Does IQ hint at political affiliation? Are you up for a basic test where a pattern may be evident?

1. Which of the following figures differs most from the others?

2. Which of the following appears more distinct and unrelated to the others?

3. Which is the least related and lowest numerical value overall?

4. Can you spot a figure nearly double the other two?

5. Select the most dissimilar positive integer from the other two

If you answered C. for each of the above, you’re approved to safely sit in front of a computer without supervision and may do so without restrictions on sharp objects nearby. Not exactly a hard test, was it?

Now the political implications. In every question, the values represent employment data from Bureau of Labor Statistics (BLS) reports. As some may have recognized, each figure next to (a.) lists employment data for William Jefferson Clinton. Each (b.) answer provides employment data under George W. Bush. And lastly, (c.) answers show data for Barack Hussein Obama’s 37 months in office, thus far.

In explanation of what the figures represent, question 1 lists U3 unemployment data recorded for 96 months of Clinton’s and Bush’s two terms as President, and 37 months for the incredible 80% increase Obama's shown over his predecessors. While it’s accurate to note that Obama’s 9.33% U3 average is the highest on record since U3 was introduced in 1994, it’s occasionally compared to Presidents ahead of Clinton whose unemployment figures would now appear closer to U5 counts. For anyone interested in complete U3 figures, they’re available from the BLS on Series Reports LNS14000000 and LNU04000000.

Question 2 offered the alternative U6 REAL Unemployment value first figured in 1994, which sought to keep a separate record while at least partially obscuring certain unemployed worker categories intentionally excluded from media released U3 data beginning with Clinton’s second year. Without considering statistics which offer more real, inclusive counts, it’s simply not possible to make credible comparisons of the current media released figures to Presidents preceding Clinton. Note here that Obama’s 16.33% figure again shot up 79% above U6 figures turned in by his predecessors. And with this REAL unemployment calculation, Bush’s 9.162% was lower over eight years than Clinton’s. U6 data was. Monthly figures are available on Series Report LNU03327709.

Question 3 might represent the most important statistic for anyone trying to understand the overall employment picture, because current workforce numbers are compared with rolling census data. It presents a participation rate with who’s employed calculated as the “Employment Population Ratio” on BLS SR LNU02300000. This critical ratio shows an historic drop under Obama, whose workforce figures shrank further in January to 57.8%. The 58.7% figure in the question was his average, which seems to have disappeared in the rearview mirror after coming in below that for 13 of the past 15 months. Bush’s final 2008 data showed a 62.2% annual rate, and the 3-4% drop Obama has overseen is simply unprecedented since the participation rate’s been kept by the BLS post WWII.

Question 4 offers a weekly average figure for the lengths of time BLS counted individuals have remained unemployed. Once again, Obama’s average of 32.4 weeks is far higher than any prior President since this data’s been kept, and that’s kind compared to January’s figure. Over six of the past seven months, the average has remained above 40 weeks in duration, with the latest figure at 40.1. This data’s available on SR LNS13008275.

Question 5 lists data media typically ignores, while not being exactly a challenge to answer. It offers a combined figure for Not In Labor Force workers from two distinct BLS counts. The larger of the two categories represents individuals who “Searched for work”, “Want a job”, and are Available to work now”, from SR LNU05026642. The second includes a group who were separated from other counts to be categorized under “Discouragement over job prospects (Persons who believe no job is available)” but they’ll appear for a time on SR LNU05026645. The posted figures represent thousands, so Obama is averaging almost three-and-a-half million American’s dropped from deceptive media released U3 counts, and significant portions of that group have been rolled off of U6, as well. Each and every month, nearly a quarter of a million disenfranchised, discouraged workers are removed from even the NiLF counts.

So, during 37 months in Office, this President has managed just seven months where growth has exceeded individuals purged from the counts. He’s managed positive growth numbers for fewer than half of his months in Office, and during eight modest months of growth, the numbers failed to reach the 160,000 to 200,000 new jobs economists recognize must be added to accommodate new workers entering the workforce.

If one considers the 3.3 million legal immigrants who’ve been issued H1B visas with an employers’ promise of work to gain such a visa, the 3 million jobs added since the depths of O’s job losses in mid-2010 don’t excite many. More than 13 million young adults have completed college degrees and various credentials over the past 3 years expecting employment opportunities and an independent adult life, but there’s nowhere near the kind of job growth taking place to include them. The inescapable reality is Americans aren’t finding work in any appreciable numbers. Our workforce is still nearly two million workers down since the day Obama took Office and more than three million since the day he was elected.

Perhaps the final political IQ question should be; “Are you willing to ignore historic failure and futility with a miserable economy to reelect Obama for a second term?” 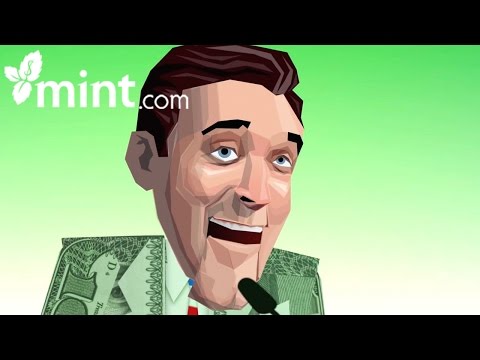