I know it's only November, but best movie of the year?

@i don't know, oops I must have forgotten to even watch Harry Potter! I'm afraid I don't watch any Harry Potter movies, I've got nothing against them but I am a super-sized, hardcore fan of the books and I know any movie adaptation would only disappoint me! If I watch one movie and it ruins one book for me, I will be even more traumatized than when Dumbledore died...I hope you understand :)

Hello Kesser :) I hope you've been to Boots young man!!

Thanks Kesser :) I love the books so much I just can't imagine watching an adaptation. I've watched movie adapations before and they've actually ruined the book for me slightly, making me see the characters and scenery differently to how I imagined in. I get so much pleasure from the Harry Potter books, I just can't risk it! Oh you should definitely watch X-Men by the way :) it has a brilliant soundtrack as well! Magneto's theme is particularly brilliant - 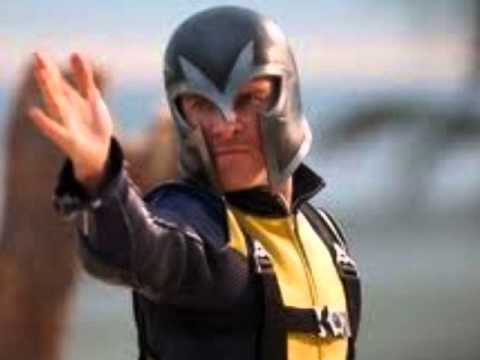 I love listening to movie scores too! I find music can really make a movie and just like you, it can make me feel differently, empowered or whatever :) No I'm sorry I didn't see your question again, but that's fantastic news!! Good luck and I'll be thinking of you :) hope Transformers works out for you!! :) :)

@kmcryer, thank you! I looked up Beginners, looks very interesting. It's going on my lovefilm list :) great to have a recommendation, cheers! And COR YEAH Michael Fassbender!! MMMMM!!

Kesser you'll be fine! I know it :) give me the good news tomorrow!! Ah yes I love a bit of Hans Zimmer. Do you like Ennio Morricone? He's my favourite, such dramatic music, really makes you feel something, very dignified almost. John Williams is good too, and I love John Murphy, he often works on Danny Boyle movies, he's very talented at creating the perfect crescendo, intense type music, like 'In a Heartbeat' from 28 Days Later. Sexy stuff :)

Thanks for your answer Buttercup! (love your name by the way, cute!)

Cheers Umar, but then again remember that, that is YOUR interpretation of the characters, not necessarily mine! I may not imagine them as you do, it's a very personal thing and I do not need to watch the movies :)