'GMA' host not surprised her show was canceled

Olympic champ's outrageous swim with a glass of milk

How the COVID-19 benefit bill died in the Senate

How masks became a political symbol in 1918

Happy birthday to Tom Brady and his outdated tech

Is Alexandra Wallace, the UCLA WHITE girl who posted racist rhetoric on youtube a liberal? 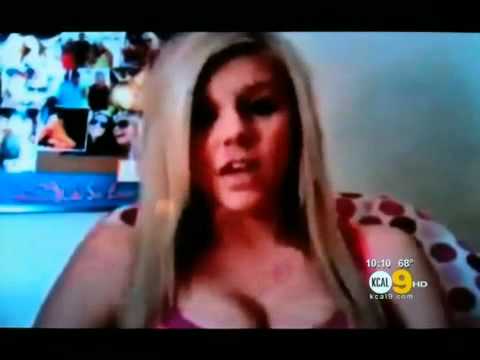 also most people who post racist rants online do so under cover of anonymity. She decided to do it while exposing her face, full name, email, phone number and address. Who will hire her now?

even if she changes her name, her SSN never changes. Most employers ask on application, "did you use another name before? if so, what is it?" And while doing background check using SSN former name comes up. This will haunt her forever. I think her career is ruined.

And now this is all public info --

asian computer hackers exposed her entire identity online including her permanent address too. Now she is gone underground.

she seeking police protection too. police guarding her house 24/7. All for a 3 minute youtube video. was it worth it?

in latest news she has to skip her final exams too because her safety on campus is at risk. it has 28,000 asians.

Even the Japanese Yakuza who are in Japan have noticed her youtube rant.