Barrymore: 'I really did not take divorce well'

Kanye: 'My calling is to be the leader of the free world'

How another one got away from the Dodgers

Video package is shown with Highlights of main feuds heading into the event.

Then Various Superstars give their thoughts on the InVasion and tonight, it will be either WWE or TNA that walk away from Seattle, Washington 100% in control of the company.

Theme Song: ''I'm Alive" by Story of the Year

Michael Cole, Mike Tenay, Tazz, JBL, Booker T and Josh Matthews at ringside for the first ever Six Man Commentary team ever. Live from the Key Arena in Seattle, Washington this is Night of Champions.

Van Dam hit the Frogsplash on Sheamus for the victory and he becomes the new United States Champion.

Backstage Theodore Long, Stephanie McMahon and Vince McMahon react on how Shane McMahon was responsible for this InVasion, 10 years late and he still does the same thing, Vince says "Tonight, he will confront Shane in the ring"

Backstage The WWE lockeroom look on and they are in a heap as they have lost another Championship to TNA. Then World Heavyweight Champion Christian says "Tonight, he will beat Steiener and reatin the championships" Cena then says "How do we know that they havn't got to you to" Cena and Christian then brawl with the WWE superstars looking on.

Edge won after he hit the spear in Jarrett

Match 7: Ladder Match; If CM Punk loses he is Fired

Punk won after he threw Hardy off the ladder onto another ladder and Punk grabbed the contract which was on the line.

Christian won after he reversed the Frankensteiner into an Unprettier.

Promo for The Great American Bash Live from Rosemont, Illnois. 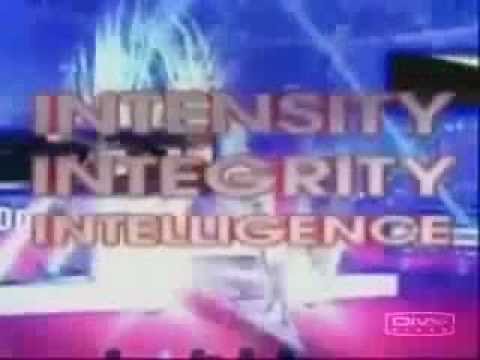 John Cena retained the WWE Championship which will know be Undisputed with the TNA Championship. After McMahon said that "WWE has won and now TNA employees will have to beg for a Job here" He also stated since the roster count if large there will be an online video =which will determine where the TNA superstars will go either Raw or SmakcDown!

Superstar of the night: