'Borat' star on Giuliani clip: 'He did what he did'

1 killed in shooting by Border Patrol agent in Texas

Stocks will benefit if Trump wins the election: Data

Why should people even care what the car of the year is?

I've been in the automotive trade for years as a mechanical/electrical tech and auto body tech. I find it hilarious that people even take note of what model car wins the Motor Trend Car of the Year. Hilarius because of Motor Trend has a bad track record of picking cars that fail mechanically faster and more often than many other models offered that year. I think all cars of the year should be a car that has been in production for 3 years with minimal changes over the three years, and picked based on mechanical track records as being reliable and well... strong and sturdy. The list below from 1980 on up to this year is mostly filled with cars that are now considered junk cars solely by their track record of early failures mechanically. I mean look at the list, Chrysler PT Cruiser, Dodge Caravan, Taurus, Renault Alliance,Chrysler K Cars,Chevrolet Citation, Volkswagen GTI ALL cars with very bad reputations now. Car of the year award seems to be based on radical ideas, styling, toys and features, all nice and all but what about it actually doing what people should expect from the "Car of the Year" and that's not breaking down and costing lots of money just to keep it running.

Car of the Year

Wrote: "Gee, my 2004 Prius has a cost of 12 cents per mile for dealer maintenance, tires, and fuel combined over the 115,000 miles I've driven it so far according to the logbook that I keep. It's also fun to drive, holds four full-sized adults in comfort, and judging by the very high owner satisfaction rating, my experience is not alone."

People like JerryJ never seize to amaze me in how they view their car. 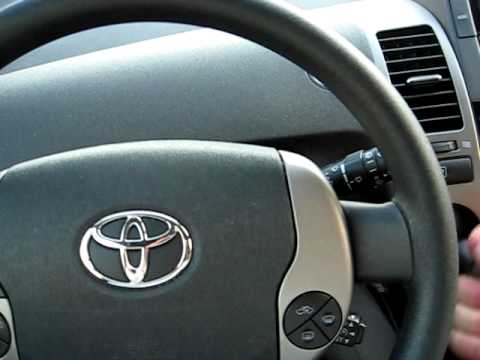 The Caprice was a short lived police car. Police forces experienced very weak suspensions with the Caprice. They has total and scary failures where the suspension dropped all the way and the wheels locked up in the wells. The Transmissions did not last nearly as long as the ol 727's in the Dodge's. If you think back the Caprices reign as the most used in the nations police force was short lived. The Crown Vic was the next to reign king and they still do today. Right now Dodge is trying to get a name for themselves in the Police car market but I am betting on that they will not live up to the expectations the police have for them. The next probable King of the police car is the Ford Taurus based ones that also come in a SUV form. Check out Jay Lenos Garage he just did a video on these new up coming models from Ford.