Bribing doctors was not how he imagined his dream job

Condo in wealthiest ZIP code in U.S. up for auction

Supreme Court term 'was one shock after another'

Was the Joe Horn shooting justified or was race a factor?

The Joe Horn shooting controversy refers to the events of November 14, 2007, in Pasadena, Texas, United States when local resident Joe Horn shot and killed two men burgling his neighbor's home. Publicized recordings of Horn's exchange with emergency dispatch indicate that he was asked repeatedly not to interfere with the burglary because the police would soon be on hand.[1] The shootings have resulted in debate regarding self-defense, Castle Doctrine laws, and Texas laws relating to use of (deadly) force to prevent or stop property crimes. The illegal alien status of the burglars has been highlighted because of the U.S. border controversy.[2] On June 30, 2008, Joe Horn was cleared by a grand jury in the Pasadena shootings.

Joe Horn, 61, spotted two burglars breaking into his next-door neighbor's home in Pasadena, Texas. He called 9-1-1 to call police to the scene. While on the phone with emergency dispatch, Horn stated that he had the right to use deadly force to defend property, referring to a law (Texas Penal Code § 9.41., § 9.42., and § 9.43.) which justified the use of deadly force to protect Horn's home, Horn exited his home with his shotgun, while the 9-1-1 operator tried to dissuade him from that action. On the 9-1-1 tape, he is heard confronting the suspects, saying, "Move, and you're dead",[3] immediately followed by the sound of a shotgun blast, followed by two more.[4] Following the shootings Mr. Horn told the 9-1-1 operator, "They came in the front yard with me, man, I had no choice!" [5]

Police initially identified the dead men in Horn's yard as 38-year-old Miguel Antonio DeJesus and Diego Ortiz, 30, both of Houston of Afro Latino descent. However, DeJesus was actually an alias of Hernando Riascos Torres, 38.[3] They were carrying a sack with more than $2,000 cash and jewelry taken from the home. Both were convicted criminals from Colombia who had entered the country illegally, and were members of an organized burglary ring in Houston.[1] Police found a Puerto Rican identification card on Ortiz while Torres had three identification cards from Colombia, Puerto Rico, and the Dominican Republic, and had been previously sent to prison for dealing cocaine and was deported in 1999.[6]

A plain clothes police detective responding to the 9-1-1 call had arrived at the scene before the shooting and witnessed the escalation and shootings, while remaining in his car.[3] His report on the incident indicated that the men who were killed "received gunfire from the rear".[1] Police Capt. A.H. Corbett stated the two men ignored Mr. Horn's order to freeze and one of the suspects ran towards Joe Horn before he angled away from him toward the street when he was shot in the back. Note: The medical examiner's report did not specify they were shot in the back.[7] Pasadena police confirmed that the two men were shot after they ventured into his front yard. The detective did not arrest Horn.

The incident touched off protests, led by Quanell X, that were met by counter-protests from Horn's supporters.[8][9][10][11] 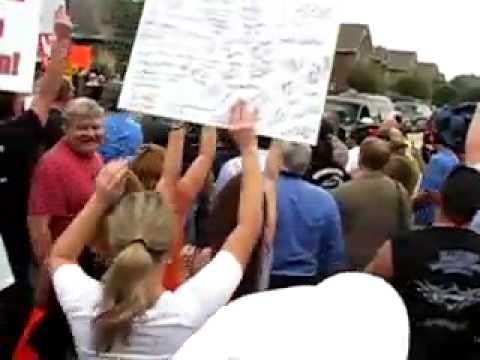