Man behind viral BLM sign video explains why he did it

'If we get it, we chose to be here': Thousands attend rally

KA-BAR for a survival knife?

Are the KA-BAR USMC 7 inch blade knives good for a survival/woodscraft knife? I saw the tang design, and it seems like it's rather weak, and it looks like you can't baton with it: http://www.youtube.com/watch?v=qJpkkG5UNYQ 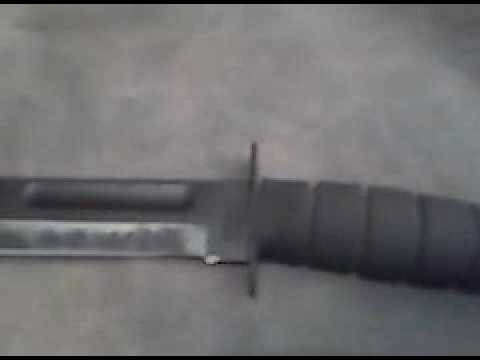 Well, shoot :( have I wasted my money? What can I do with this knife? (I don't just want it as a wall piece). If it were to bend like that, can't I send it in to KABAR and have them fix it? Are there tweaks at home I can do to make it stronger?

Well... thanks glacier for summarizing my "poor" choice of a knife. You didn't answer my question at all, mr. safety instructor. Let me rephrase it very simply for you: IS THE TANG ON THE KA-BAR WEAK AS TO WHERE I SHOULD NOT BATTON WITH THE KNIFE< AND IF I CAN NOT, WHAT SHOULD I DO WITH IT?

Schnoogle, A lot of people know what battoning is. Just because you do not, doesn't mean "nobody knows what I'm saying".