Palm Beach reviewing use of Mar-a-Lago by Trump

Sore loser? Schilling wants to be taken off HOF ballot

Celebs call on Biden to pay moms for 'unseen' labor

Redditor bets on GameStop to pay off student loans

Are there thousands of young Jews who would like to stand beside these Jews?

in taking back the heart of Judaism? 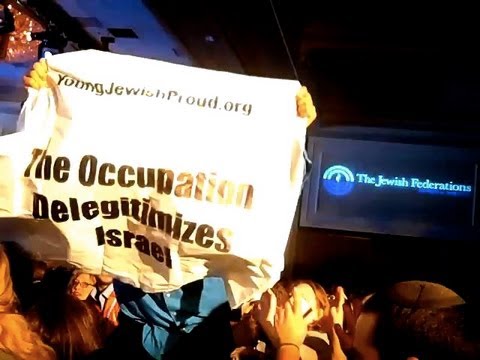 (amazing, worth 5 minutes to watch)

Note the bravery of these young Jews in the midst of hate and profanity from Zionists.

Ah yes, the anti-Israel and self-hating Jew libels. Great argument, not. Is that truly all you saw in this video or is just so important that you win your argument?

Teach me: what am I to learn about Jews who holler down dissent, who jump on a chair and bite and tear a banner, who leap a row and attack a dissenter, who are caught on tape calling these young Jews 'a$$hole' and '*****'. Please, teach me, O authentic Jew.