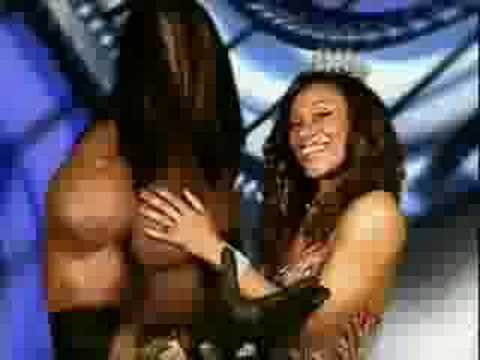 Michael Cole and Tazz at ringside and tonight's preview:

* Rey Mysterio vs. The Road Warrior

After the match Booker T would come out and hit Benoit in the back of the neck with the United States Championship, Booker would then axe kick Benoit and make a statement that He will still be champion after No Way Out.

* Josh Matthews interviews Rey Mysterio, about all the things that Randy Orton has said to him about Eddie and mocking the Guerrero name.

* Two on One Handicap Match

Boogeyman won the match quite quickly after a Pumphandle slam to Chad for the win.

* Theodore Long gets confronted by Mr. Kennedy who says "He is being un-used"

Rey Mysterio win with a 619 to Road Warrior, but then after the match Randy Orton would come out and deliver an RKO to Rey Mysterio, then Orton would RKO Mysterio again for the second time.

* A Video showing the surgery of Batista.

* Mark Henry comes out and says "Batista, thinks he will come back, But I will make sure that Batista will never step foot on SmackDown! again, otherwise, Batista will be injurd again, and that will just be too, bad" Henry then says "Batista, will be crushed the next time I see him!"

After interfence from Finlay, Lashley won it via Disqualifcation, but then Chavo Guerrero would come out and even the odds, but would get hit with the Shelalegh.

* Michael Cole and Tazz preview No Way Out.

With a little help from Matt Hardy, ANgle got Mercruy in the ankle lock. After the match though Kurt Angle would angle slam the Undertaker to end the show.

No Way Out Match Card

Kurt Angle(c) vs. The Undertaker

The Pitbulls (Jamie Noble and Kid Kash) vs. Paul London and Brian Kendrick vs. The F.B.I (Nunzio and Vito) vs. William Regal and Paul Burchill vs. The Mexicools (Psicosis and Super Crazy)*