With old allies turning against her, Birx presses on

Case with dozens of M.J. rookie cards sells for $1.8M

'It's a struggle': Etheridge opens up about son's death

NFL players opting out may have put careers on the line

Did he kill neighbor to become 'TikTok famous'?

* A Video opens with Highlights of this Raw vs. SmackDown! Feud which has been going on for over 2 months now. And it will conclude here tonight at Survivor Series in a Six on Six Elimination Tag Team Match, also we will have General Manager taking on General Manager and could the Women's Championship be exclusive to SmackDown! after tonight. 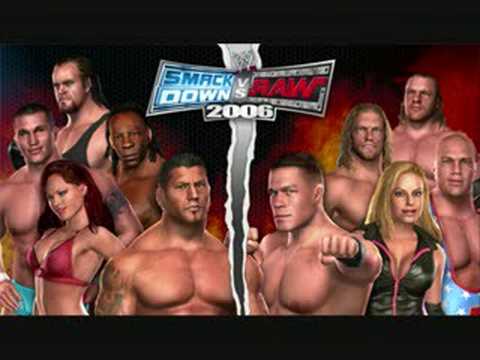 Joey Styles, Jonathan Coachman and Jerry Lawler representing Raw, and also Michael Cole and Tazz from SmackDown!, the two announcing tables fire back words at each other.

* Opening Contest: "Best of Seven Series" Match 1 out of 7 for the Vacant United States Championship:

* Team Raw in their lockeroom, going through their final plans before tonight's big Six on Six elimination Tag Team Match.

* A Video is shown for the rivalry between Triple H and Ric Flair .

Triple H won the match after abloody contest in the alst moment, Triple H hit Ric Flair with the sledgehammer and then a pedirgree to a steel chair and Flair got counted to 10.

* A Advertisement for fans to go to wweshop.com to buy merchandise from all your favourite WWE Superstars.

* A View of Detroit, Michigan were tonight's pay per view is held.

* A Video Shows for the Build up of Melina vs. Trish Stratus.

Trish won after she delivered a chick kick to Melina for the win. After the match Mickie and Ashley would low blow Mercury and Nitro.

* Team SmackDown! go through their final plans before there big match tonight against Raw, World Heavyweight Champion Batista says "We will dedicate this to Eddie Guerrero," Batista then offers "EG" Armbands to the rest of Team SmackDown!, Rey, Matt Hardy, Lashley, JBL and Batista all were it with pride, when Batista gives it to Orton, Orton says "I don't need that armband!" Batista then looks into Orton's eyes and Orton changes his mind and decides to wear the armband for the Team.

Teddy Long wins the match with a little help from The Boogeyamn who pump handle slammed Bishcoff and then Long would cover Bischoff for the win.

* A Video Shows for the build up for Kurt Angle vs. John Cena

John Cena survived the odds and won the match, In the last moments Daivari was knocked out by John Cena, so when Cena FU'ed Angle, another referee cmae out to make the pinfall.

* Both Team RAW and Team SmackDown! are congratualted by their lockerooms (jobbers) in the hall ways as they make their way to the ring.

* A Video shows the build up between Team Raw vs. Team SmackDown! Match, the rivalry has lasted over 2 months and now comes to an end here tonight.

1. Lashley via Chokeslam from Kane

2. Edge via Twist of Fate from Matt Hardy

4. Batista via Chokeslam from Big Show

7. Mysterio via Neckbreaker from Carlito

8. Carlito via RKO from Randy Orton

9. Masters via RKO from Randy Orton

10. JBL via Superkick from Shawn Michaels

The SmackDown! Jobbers lift up Orton but then The Undertaker returns.

The Undertaker takes out the Jobbers from SmackDown!

But Orton and his father escape, The Undertaker is back at Survivor Series.

WQ: Should WrestleMania be held outside the United States?