. Kevin Nash, Konnan, Sting & Lex Lugar are making their way to the ring. Kevin Nash: The nWo Wolfpac are in the house tonight!!!! I'm teaming up with Sting tonight to take on Triple H & Eddie Guerrero for the Main Event. http://www.youtube.com/watch?v=fw3bWQVqv0k 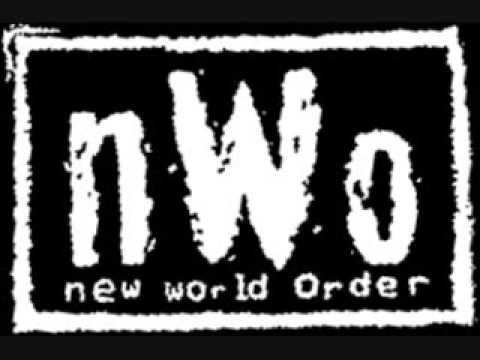 . Hollywood Hogan, The Giant, Curt Hennig, Rick Rude, & Buff Bagwell come out. Hollywood Hogan: Wait just a minute brother!!! Hollywood Hogan: You left the nWo to reform the Wolfpac. Kevin Nash: Yes I did and Konnan also left to re-join us. Hogan: I think this Wolfpac crap is pathetic. Kevin Nash: I got tired of the nWo so Sting basically reformed the nWo Wolfpac and I am now apart of it again. Kevin Nash: There is nothing you can do about it Hogan. Hogan: I can do something about it and I'm challenging you to a match tonight. Kevin Nash: No! Hogan: Let me tell you something. Kevin Nash: No let me tell you something, I made the main event a tag team match and it's going to stay. Hogan: You make your rules I make mine. Team Hogan leaves the ring and the Wolfpac get the crowd pumped up.

Match 1- Mr. Anderson (Heel) vs. William Regal (Heel). Regal goes for the Knee Trembler, but Anderson moves out of the way and slaps Regal across the face and hit the Mic Check. Mr. Anderson then climbed on the top rope and hit the Swawton Bomb. Winner = Mr. Anderson. 11:23

Post Match- DDP: My opponent for Spring Stampede will be Ted DiBiase Jr. and it will be for the United States Championship!

Match 4- Edge & Christian (Faces) vs. Rob Conway & Rene Dupree (Heels). Winners = E&C after a Spear to Dupree from Edge. 6:80. E&C will face Hart Dynasty for the titles at Spring Stampede.

Coming Up Next will be our Main Event here on Nitro!

Main Event- Sting & Kevin Nash (Faces) vs. Triple H & Eddie Guerrero (Faces). The match ends in a No Contest. The Disiple & Hollywood Hogan attacked Kevin Nash before the match. Sting got beaten down by Stevie Ray. Eddie Guerrero & Triple H get in a fight with The Giant, Scott Steiner, & Rick Rude. This theme plays. http://www.youtube.com/watch?v=n8TZDIo21r8

BQ: Should I bring back Scott Hall & X-Pac so they can join one of the nWo factions?

BQ2: Was ending the show with Booker T good?

Shane McMahon vs. Ken Shamrock vs. William Regal vs. Rick Steiner vs. Mr. Anderson vs. Brock Lesnar. Money In The Bank Ladder Match.