'GMA' host not surprised her show was canceled

Happy birthday to Tom Brady and his outdated tech

COVID relief bill still up in air as talks resume

My WCW Bash at the Beach PPV Episode # 46 Please rate the show?

Promo 1- The Pay-Per-View starts. ss10.wwe.com is the poster.

Trembler for the win.

Promo 3- Kevin Nash & Scott Hall attack Jimmy Hart in the hallway so he doesn't get involved in their match against the Hart Foundation. Scott Hall: You just got attacked by two Outsiders.

Match 3- Brock Lesnar vs. Bill Goldberg. Winner = Bill Goldberg with a Spear to Lesnar from the top rope! Tournament Match Final Round.

Promo 4- Rey Mysterio buys Eddie Guerrero a new Convertable and Tiffany & Mickie James are in the car with them and they drive somewhere.

Order! Curt Hennig comes out and stays on the ramp. Curt Hennig: You decided to recruit. Bret

Hart: Tell the rest of your friends to come out here right now! Curt Hennig: We'll talk about this another time. Bret Hart: We're going to settle this tonight. Buff Bagwell, X-Pac, Konnan, Vincent, Rick Rude, Scott Steiner, The Disciple, The Outsiders, & Curt Henng run to the ring and they all

fight with Team Hart. Team Hennig runs out of the ring when they get dominated by Team Hart.

Later on in the match Kane chokeslams the Undertaker on top of the casket. Vader & Randy

Savage scare off Paul Bearer and they put Undertaker into the casket to win the match. Kane burns

the casket on fire and laughs which Kane is still Heel and Undertaker & Paul Bearer turning Face we think.

Post Match- Kane: I attacked my brother the Undertaker. I did it because I want to. Kane grabs the

urn of the Undertaker and burns it.

Promo 6- Jim Neidhart & British Bulldog go back to the locker room, but they get attacked by Rick

Rude & Scott Steiner in the back.

Post Match- Doink the Clown turned his back on Lawler. http://www.youtube.com/watch?v=m9E9wBS72xI

Promo 7- The highlights of last week are shown.

Post Match- Goldberg Spears Sting and says " Your Next!" http://www.youtube.com/watch?v=RXakXogkfME 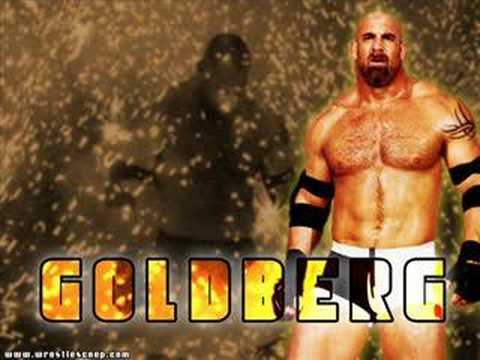