Tragic accident as woman runs to McDonald's for family

Are Obama's supporters just stupid?? Obama: "we follow through with our campaign promises"?

Or do they have some kind of sick fetish where they simply enjoy being lied to over and over again??

“Folks don’t mean what they say, and they don’t do what they say,” Obama said. “People get surprised when we follow through and keep our campaign promises.”

“Yes we can,” someone yelled.

“Yes we did,” Obama said before jetting off to Las Vegas to headline a trio of events for Senate Majority Leader Harry Reid. “And we’re still doing it.”

1. Obama PROMISING to have *transparent* healthcare reform negotiations on CSPAN (I believe he promised this appx. 8 times as a candidate). Obviously, the passage of this bill involved nothing but backroom deals and bribes....... 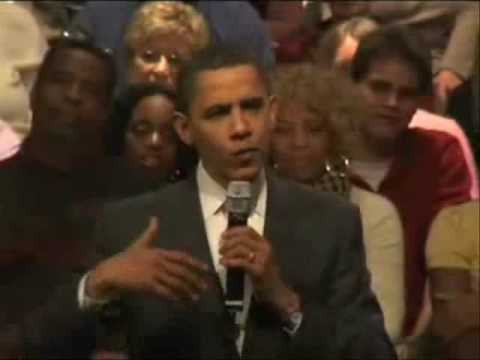 2. This is literally an Obama campaign add saying we shouldn't vote for McCain because he would add appx $5 trillion to the national debt. (WOW!) "As we borrow from China to fund his [McCain] spending spree, ask yourself: Can we afford John McCain?" (WOW!)

3. Candidate Obama [on CNN] referring to healthcare mandates: "If a mandate was the solution, we could try to solve homelessness by mandating everybody buy a house. The reason they don't have a house is that they don't have the money."

He also bashed his Democratic opponent during the primary for supporting an individual mandate to buy health insurance:

"Under any mandate, you're going to have a problem with people who end up don't having health coverage………. there would also be people potentially who are not covered AND ARE ACTUALLY HURT IF THEY HAVE A MANDATE IMPOSED ON THEM."

4. He PROMISED to publicly finance his campaign, until he decided he didn't want to do that anymore. (Being the favored corporate candidate brings in a whole lot more money apparently….lol)

"If I am the Democratic nominee, I will aggressively pursue an agreement with the Republican nominee to preserve a publicly financed general election."

"We've made the decision not to participate in the public financing system for the general election."

5. Senator Obama bashing the use of reconciliation to pass a piece of legislation. (But it's cool once his people got in power..........you know, double standards and all.)

"We need to rise above the ends justify the means mentality" (WOW!) 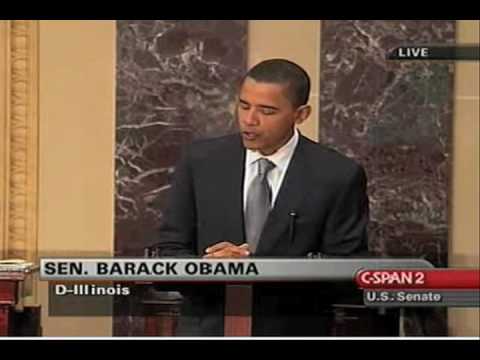 6.Then there was that PhRMA deal. (eww) ANOTHER Obama campaign ad: "I don't want to learn how to play the game better, I want to put an end to the game." Ironically the guy [Billy Tauzin] Obama is bashing in this campaign ad is THE SAME GUY who cut a backroom deal with OBAMA's White House on PhRMA's behalf to restrict any negotiations on prescription drugs. HMMMMM.......

The Legacy of Billy Tauzin: The White House-PhRMA Deal

7. He PROMISED “no lobbyists will find a job in my White House.” But hey, you can always make an exception (or 40 exceptions) to your own ban on lobbyists , right??

Obama makes a mockery of his own lobbyist ban

8. He PROMISED to allow FIVE DAYS for the public to view ANY BILL the Congress passed before he signed it into law. If I’m not mistaken, he hasn’t even kept this promise ONCE. 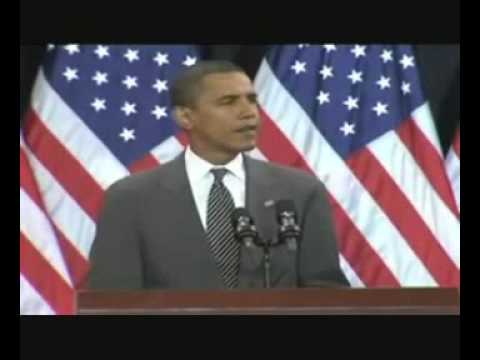 9. Then there was that promise about earmarks and wasteful spending….LOL

“We [Obama administration] are going to BAN ALL EARMARKS…” 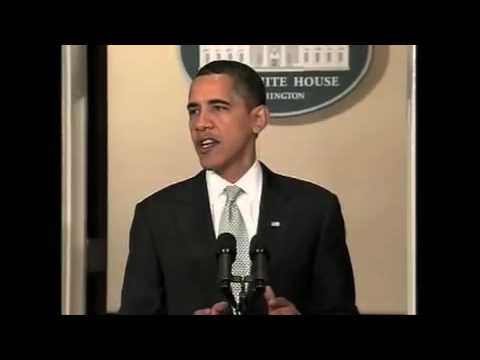 “When I am president, I will go line by line to make sure we are not spending money unwisely” (This was a debate with John McCain)

To clarify: I'm not saying I agree with every position he had as a candidate. But to claim he kept his promises is bald face LIE.

GScott.........."I love how you forget to mention the subsidies that would go into effect to insure people are following the mandates"