'Devil Went Down to Georgia' artist dead at 83

What makes a great High School Running Back? Who is the best RB (HS) in the nation?

Could it be this guy?

He plays for Steele High in San Antonio Texas... they're pretty sick nasty, just because of him. 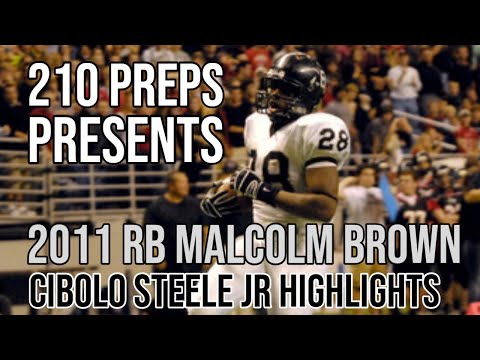 " This is an updated highlight film I made of arguably the best 2011 RB prospect not only in the state of Texas, but also in the entire nation....Malcolm Brown from Cibolo Steele High School.

Malcolm has already been offered by Alabama, Arizona, Arkansas, Baylor, Colorado, Florida State, Georgia, Kansas, Kansas State, Nebraska, Notre Dame, Oklahoma, Stanford, TCU, Texas, Texas A&M, Texas Tech, and Tulsa among others. IMO, one of the best running backs to come out of the state of Texas IN YEARS.

For the most comprehensive prospect coverage in the country, count on TexasPreps.net "

Is he the next Adrian Peterson?

Steele used to be a 4A school, they're now 5A come this season... so for those who say " oh bla bla he's playing sorry schools"