Dax Shepard reveals he lied about his sobriety

These bad Halloween outfits could stir up drama

Back-to-school a grind for Congress's only single mom

Do Freemasons believe that some criminals are beyond redemption?

My friend John has a history of violent crime in the UK. John applied to join the Freemasons in July 2007, but was duly declined on account of his criminal behaviour. Henceforth, it gives me no pleasure whatsoever to undertake this daunting task, which is effectively to seek advice from the Freemasons in connection with a particular subject -- which is a delicate matter to say the least. However, I have been asked to intercede on behalf of my longstanding friend, John, with whom I have been acquainted since an adolescent.

John has always been fascinated by the Establishment and those who jealously walk the corridors of power, which is one of the reasons why he would like to rub shoulders with Freemasons. My friend is obviously disappointed he is effectively shunned as a result of his criminal behaviour; but he has always been fascinated by English nobility, especially the Duke of Marlborough, and is aware that Churchill is a prominent aristocratic family in the UK. My friend is aware that John Charles Vanderbuilt Spencer Churchill is an Anglo-American dynasty, which represents some of the grandest blood in the history of the British Isles.

For a while now, John and I have been associated with the Theosophists society in England, which is on account of its basic tenet of reincarnation. John has said on more than a few occasions he would like to reincarnate as the Marquess of Blandford who is heir to the XIV Duke of Marlborough. John sees his future life as an Old Etonian or Britain's ambassador to the United States in the District of Columbia. My friend would like to be a regular dining guest of President Kennedy (Schwarzenegger) who is a future leader of the US to discuss Mercantilism, British foreign policy, as well as Anglo-American special relations. John would like to think he will be appropriately dressed on each occasion (i.e. Old Etonian, Oxonian, British Ambassador) with a tuxedo, tall hat, umbrella, and cigarette holder -- very much like an American (Emperor) Penguin: http://www.katinkahesselink.net/his/influence-theo...

However, my friend briefly visited the US in 2003/2004 and he was inspired to reconsider his options in terms of a future life in America. John is aware that 1945 was a landmark year in the 20th century, which signalled a major shift in the geopolitical map from global domination by the British empire to U.S. ascendancy in the wake of WWII. Henceforth, John is inspired to reconsider his options in terms of his future incarnation as a Boston Brahmin in the North Eastern coast of the US. More than anything else, my friend would like to be a member of the Social Upper Class in Boston Massachusetts (Carnegie, Vanderbuilt, Rockefeller, de Rothschild, and J.P. Morgan etc.) in his next life in America: http://www.youtube.com/watch?v=e_DTCcRULCM

However, John has stated very strongly on more than a few occasions that the Duke of Malborough is the "most revered, coveted or elegant title in the history of the British empire". If John were to abandon his dynastic ambitions to join the Churchill family he would be dismissed as a charlatan or scoundrel without integrity, which even in God's eyes would be considered irredeemable.

After John’s return from America in May 2004 he commemorated the 300th anniversary of the Battle of Blenheim on the website of the Prince of Mindelheim, whereupon, he was captivated by the Holy Ghost -- a vision of the Duke and Duchess in the hallowed grounds of Blenheim Palace -- which was the most indescribable, ecstatic experience of his entire life: http://www.youtube.com/watch?v=qJNcomorvjg 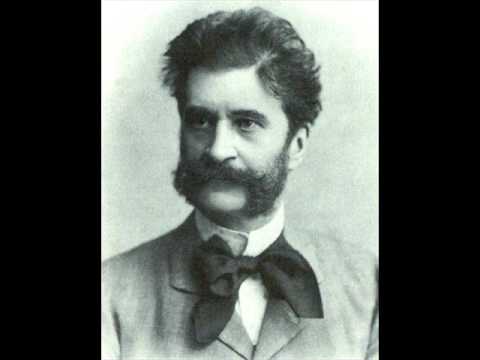 John has a credit card in connection with his Yorkshire Bank account in order to conduct normal transactions. For security reasons, he has altered his PIN on more than a few occasions. Previously, his PIN was 1960/1963 which is on account of his affinity with the J.F. Kennedy Administration, which according to my friend is the ultimate embodiment of the American dream.

Subsequently, he changed his PIN to 1704 to coincide with the historic Battle of Blenheim, which was a historic battle to decide the fate of Europe and the fate the world over the next 200 years. In Jan to Jun 2009, John tried unsuccessfully on more than a few occasions to change his PIN to 1945 to coincide with America's accession as the dominant geopolitical presence in the wake of WWII. John has queried the staff at Yorkshire Bank in connection with the apparent malfunction of the ATM electronics system. NONE of the staff -- including Branch Manager -- are able to explain the reasons for this apparent failure of ATM/credit card.

Nevertheless, my friend has a theory about the underlying reasons behind this technical failure. John believes that Freemasons who hold the reins of political power in Britain have somehow tampered with the electronics system in connection with his Yorkshire Bank account. Apparently, they want to hold him to his promise, which is

Nevertheless, my friend has a theory about the underlying reasons behind this technical failure. John believes that Freemasons who hold the reins of political power in Britain have somehow tampered with the electronics system in connection with his Yorkshire Bank account. Apparently, they want to hold him to his promise, which is in effect a pledge of allegiance to the British monarch or the Commonwealth realms, which are the dominions of HM Queen Elizabeth II. John has reasoned that nobody could rightly profess an affinity to Churchill without allegiance to the British monarch.

John is aware that Rosicrucians believe in reincarnation and they happen to be part of Freemasonry in this country. Therefore, it is not incredible to suggest that Freemasons could well be behind this apparent technical failure in the electronics system. John has reasoned that the probability of a coincidental failure of the ATM electronics system is 3024 to 1, which is a very small chance indeed. As on the contrary, my friend believes the system has been deliberately tampered by the Freemasons who hold the reins of political power in this country.

Notwithstanding this theory, John is no doubt perplexed by my recent correspondence with Freemasons on this forum, whereby, it's plainly obvious he would never be invited to join a (regular) Freemasons' lodge, which is in light of his prior criminal activity.

Hence, there is a nominal contradiction here. On the one hand, John is considered as too tainted to join the Masons; but on the other hand, it seems the establishment are holding him to his promise in connection with his previous designs on the House of John Charles Vanderbuilt Spencer Churchill.

I have suggested to my friend that from a long-term perspective there is no contradiction whatsoever, because the Masonic organization is mostly comprised of individuals who originated from a Christian background. Therefore, it is not incredible to suggest they would not consider any criminal such as John to be irredeemable over the course of successive regenerations/reincarnation -- although John is too blighted to be a Freemason in this life he is not irredeemable from a long-term perspective, which is seen from the perspective of reincarnation. However, John is not convinced about this theory and he is perplexed as ever.

My friend has a dilemma insofar as he has set his sights on emigration to North America (Canada to be more precise) as his final hope or salvation in this life. This is in view of the so-called "responsibilities" he is confronted with in the UK, which would no doubt disappear once he is out of here. Seen from a long-term perspective, John has set his sights on the US as a "rehabilitated criminal" who is born WITHOUT any form of criminal record in his next regeneration (as well as subsequent reincarnations in the US). My friend has a deep seated feeling that America is a much preferred destination compared with his projected future in the UK (i.e. XV Duke of Marlborough, John Giles Vanderbuilt Spencer Churchill). Therefore, my friend is deeply perplexed in connection with his apparent dilemma.

I have known John for a long time now and in spite of his criminal record I know him to be a highly intelligent person. We do not believe that one's intellectual faculties -- which is developed over the course of successive generations/reincarnation -- could be suddenly lost overnight, which is irrespective of one’s nefarious activity or abhorrent behaviour such as violence. John has cited examples of brilliant people who were either born disabled or born into lowly circumstances as a result of "bad karma" e.g. Professor Steven Hawkings, David Blunkett, Abraham Lincoln, Harry Truman, Lyndon B. Johnson, Richard Nixon, Bill Clinton, Margaret Thatcher, John Major, William Hague, Michael Howard or Enoch Powell etc. These are public or historic figures who were either born disabled or born into humbled circumstances because of crimes (sins) committed in the past, which are undetectable in the present tense.

Notwithstanding Albert Speer's crimes against humanity his status as a German bourgeois intellectual remained intact throughout the period of his incarceration at Spandau from 1945 to 1965. We hold it to be self evident that any individual's intellectual faculties are not (always) impaired by nefarious activities, which are contrary to the will of God. Nor is it the case that one's affinity to the Brahmin way of life (classical music, opera, ballet, prestige buildings, and haute couture) is lost entirely overnight because of one's nefarious activities, which are contrary to the will of God. Despite John's criminal record, my friend believes he has enough "evolution (varna)" to join the British aristocracy or the Social Upper Class in Boston Massachusetts, which is seen from the perspective of reincarnation.

First, it is my purpose to ascertain whether this glitch is simply a technical failure, which is nothing more than coincidental, however unlikely it may seem (1704). Second, I wish to ascertain for my friend whether the establishment are indeed behind the apparent systems failure, and whether in fact they are holding John to his promise about his future life as the XV Duke of Marlborough.

Otherwise, if John's theory is nothing more than a misguided delusional grandeur – or wishful thinking -- would it be correct to suggest my friend has no obligations whatsoever to this country; in which case, he would be at complete liberties to look to his salvation elsewhere in another country e.g. Canada, New Zealand, Australia or the Republic of Ireland etc?

I would appreciate a definitive or intelligent response by the Freemasons. Please give reasons to support your answer.

Postscript: John does not consider himself to be fickle in the slightest. As a firm believer in Objectivism, my friend holds “that the proper moral purpose of one's life is the pursuit of one's own happiness or rational self-interest; that the only social system consistent with this morality is full respect for individual rights, embodied in pure laissez faire capitalism.” Therefore, it doesn’t really matter who you serve – much more important is to consider what is in your best interest.

Spinoza postulated that nothing is inherently right or wrong, good or bad. What is good for one person may well be disagreeable to another. John says this country is only agreeable to the privileged few who happen to occupy strategic positions in the economic system; namely, the establishment. My friend contends there is nothing inherently right or wrong, good or evil about this country, except there are sections of society to whom he has the utmost contempt – which would not be the case if John were a member of the establishment.