Unusual Moves/ Show of Passion from a musician?

i may have said this before but i've fallen in love with Pere Ubu... and i can't stop watching David Thomas in this clip... 'Breath'- http://www.youtube.com/watch?v=1hYqvtHzr48 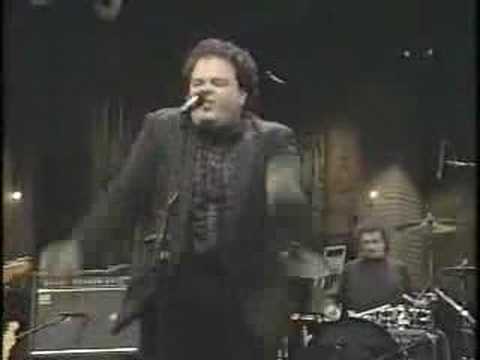 ...as i said i can't stop watching this... he's so cool! that's how i imagine physically feeling/expressing the music...

... can you think of any other musician/clip that does something similar? post a clip if ye can!

... special thanks to Keith O and Phatzwave for showing me the way with these :)

basically, artists who really go for it, with everything they've got...

thanx mr Neal at the Wheel, but they seem a bit too 'earnest' for my liking... ;)