NASA says this houseplant can help you breathe easier

Would you vote for a Dennis Kucinich/Ron Paul ticket in 2012? 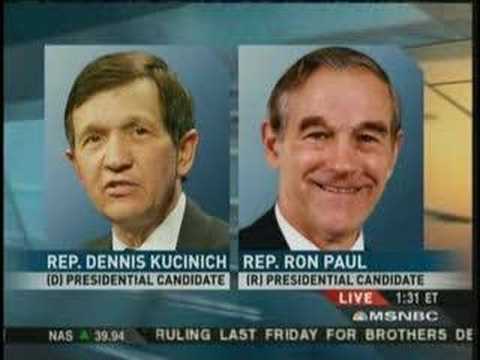 they were planning on running together in 2008, and would they have succeeded, it'd be the first bipartisan ticket in US history. though I don't care for Ron Paul too much, I do like Dennis Kucinich alot as he puts a good honest hardworking face on Left wing politics in America, and is really left. (lower the voting/drinking age, pull out of Iraq, charge Bush with war crimes--all positions Ron Paul agrees/agreed with)

anyways, would you vote for that ticket?

@Ted Sheckler: those were just examples how they are different and radicals to their respective parties, as most wouldn't dare question lowering the voting age.