What do you think about Evan Lysacek winning Olympic gold for men's figure skating?

I KNOW I ALREADY ASKED THIS BUT PLEASE CHECK OUT THESE VIDEOS...http://www.youtube.com/watch?v=T-JMDrdw1u4 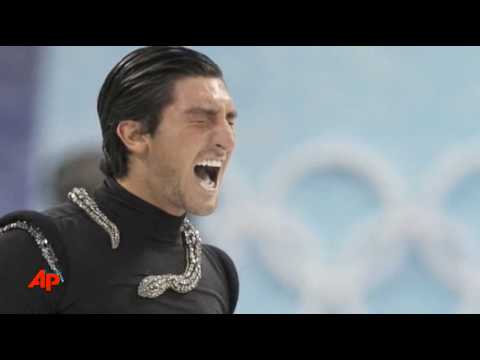 (I also wrote this website below) I wrote like 100 comments supporting Evan. I know that Evan deserved it, so I cant stay up all night and argue. people like that who dont know what theyre talking about and make stupid comments are not worth my time.

People, including Evgeny Plushenko, think it was unfair that the russian won the silver. If you want...watch this video http://www.youtube.com/watch?v=AHjvG-nEE

I agree with anyone who made positive comments towards Evan Lysacek. Plushenko got cocky﻿ and thought he was all it. But obviously not!!! Evan, I publically congratulate you for skating a clean program and winning gold unlike Plushenko. I know a quad is not all of what the judges are looking for. If you saw Plushenko's performance you'd realize his jumps were a little off. Evan skated everything cleanly, allowing higher GRADE OF EXECUTION points. Still interesting to watch though!

Bottom line...Evan deserved it cause he skated better. Johnny Weir was the one who got screwed over by the judges when he came in 6th. Why isnt that a controversy and something like Lysacek and Plushenko is? Thanks for the comments...I want to know your opinion