Trump identifies another hoax: The coronavirus

Hosting shakeup on 'Dancing With the Stars'

'No one is playing college football in the fall': Official

Parents grappling with sending kids back to school

Well, here's the top 101 mix tape rules song of the day, . Mix tape rules simply means that I only allowed myself one song by each act. I hope you all enjoy it.

First off, here are the recent selections:

34. Neutral Milk Hotel - In The Aeroplane Over The Sea

27. the Velvet Underground - Who Loves the Sun

So, we're just above the top 20 and I'm pretty excited about where it's going to take us. Wilco will grab the 21 spot with a song from the, in my opinion, underapreciated A Ghost Is Born album. I will say that I have come around to seeing that Yankee Hotel Foxtrot is the superior album, but I think this record really doesn't get the love it deserves. Anyways, there are a good 4 or 5 songs that I could take from them and slide in right here, but this one just shows so much of what I think is great about Wilco. 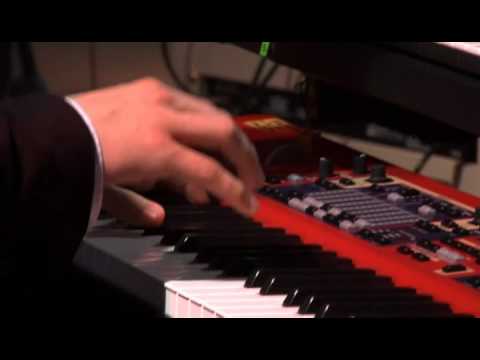 (I didn't have the album version, but I listened to this live one and it checks out nicely)

So, what did you think? What's your favorite Wilco tune?

Thanks a lot everybody for listening and commenting. I hope the week is off to a nice start.

Thanks a lot everybody.

Please don't apologize. Honestly, thank you for checking in. I'm glad you liked it.

I can get that. It's kind of like the Flaming Lips with me. All the people I know with similar tastes love them, but despite having a lot of elements I can appreciate it just does nothing for me on the whole. Kind of like that?

Thanks man. Have a good one.

Even if you weren't into that one you may want to have a look at Yankee Hotel Foxtrot. Also, before that point they were a really good sort of alt country act. That stuff doesn't quite hit me like the later stuff (I like it, but it's not as much my speed), but it's very good.

I may have just grabbed a song that was less up your alley.

Great choices VTD. I really dig both of those songs. CA Stars is particularly great.