Maxwell complains about conditions behind bars

why does people compare bruce lee to the ufc?

Wow, whats with everyone thinking Bruce Lee was only an actor? Really, there's a reason he's known as the number one most influential MARTIAL ARTIST of the 20th century. Above Royce Gracie, above Kazushi Sakuraba, above Mirko Cro Cop, above Ernesto Hoost, Anderson Silva, and even Yip Man, Mas Oyama, etc.

To rule him out simply because you think he was only an actor just shows that your parents must have been related and that obviuosly your the wannabe martial artist in the group. "Go on and play now Charlie, the adults are talking."

No he was not proven like others today are. However who here can honestly say that they actually could have had a chance against Bruce Lee when he was 28-30 years old? No one. Exactly. I haven't heard anything but good things about Bruce Lee from MMA guys, because those people along with REAL martial artists actually know what their talking about. Dana White, UFC president said that "Bruce Lee was the grandfather of mixed martial arts."

He might not have become a champ, but he sure as hell wouldn't haven't gotten murdered in the first few moments like some argue he would. Surely also if he competed in the 1960's and 1970's back when most everyone was still stuck within the box of a single style, he would have really been one hell of a fighter.on top of that he trained for 6 hours a day he could kick a 100 pound bag to the ceiling.could even do a two finger pushup. 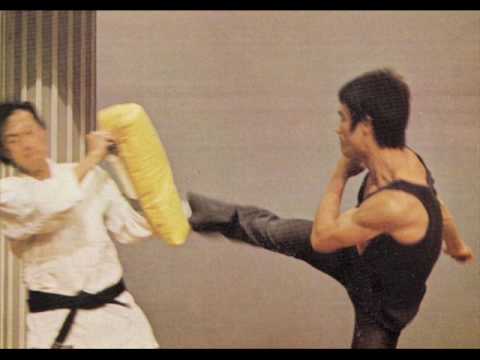