Teen girl's historic wrestling career gets its own special

Nicolas Cage gets married for the 5th time

Here's another installment of my Top 101 (mix tape rules) Countdown. Mix tape rules simply means that I only allowed myself one song per artist/band.

It's been a while since I've posted the whole list, and I figure I'll make it relevant to the bonus question so here's everything to date:

100. Unkle - Rabbit In Your Headlights

98. Tom Petty and the Heartbreakers - Runnin Down a Dream

90. Bob Dylan - Stuck Inside of Mobile With the Memphis Blues Again

89. Tears for Fears - Everybody Wants to Rule the World

87. Rocket From the Crypt - Killy Kill

78. Buffalo Springfield - For What It's Worth

74. the Mamas and the Papas - California Dreamin

70. Jimi Hendrix - Castles Made of Sand

68. Bruce Springsteen - Does This Bus Stop at 82nd Street

65. Okkervil River - It Ends With A Fall

60. Deerhoof - This Magnifcent Bird Will Rise

57. Warren Zevon - Desperados Under the Eaves

55. Bruce Hornsby and the Range - The Way It Is

Number 54 was a recommendation straight out of R&P. Rukrym, an old user, told me about him, kind of comparing him to Elliott Smith. A lot of Dylan, some Nick Drake. He's a very cool folk artist. I'm a big fan of the melodies in this song. Just a really nice song. 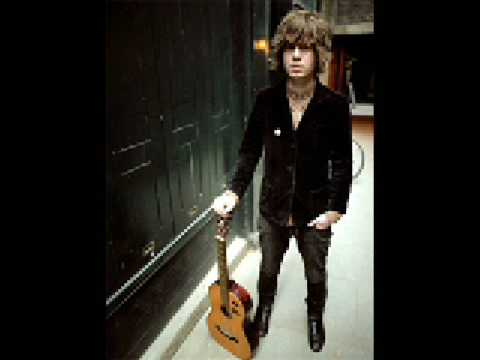 So, what did you think?

BQ: What's your favorite tune from the countdown so far?

Thanks a lot everybody for listening and commenting and just being such a cool collection of folks.

Happy Monday. Hope it's treating you all very well.

Thanks a lot Ron. I'm really glad you liked it. If I did it all over again I would have rated the Hendrix tune higher. Great song. Thanks.

Thanks a lot for the kind words. I'm really glad you liked the song and are enjoying the list. That's really cool that you had 1 degree from Warren Zevon. I always heard he had an amazing reputation for being a really great guy. Always nice to hear things like that confirmed. He really was pretty amazing. It is a real shame that he's gone.

Have a good one Punch.

Thanks man. I'm glad it worked for you. Hope Monday is treating you great man.

What's up buddy? How've things been going? It's really good to see you around here.

Thanks a lot. I'm glad that I can toss out some new stuff that you like. It's the thing I most wanted to accomplish, even though the list isn't hurting for standards which I enjoy too.

Hope you guys are healthy and happy man.

Man, I'll take pleasant after the run I've been on. (insert smile face)

That's really cool that you liked the Spires so much. I'm really into their newest record (beginning of this year). They added a bass player and it's got a little more depth of sound to it. Different, but very good.

Thanks Captain. Have a good one man.

I'm glad you dig it man. I have the record with Be Good Or Be Gone and this track on it and it's definitely good. It starts to feel a little same-y by the end of it, but I like it.

Thanks man. Have a good one.

Thanks a lot Huevo. Cheers to the season indeed my friend. Came up way to fast this year. I can't even believe it really.

You know, I can totally hear that. I wouldn't have thought of it myself, but I bet I will from now on.

Take it easy man. Thanks.