Nice sentiment, but Kobe on the NBA logo won't happen

Seeing how Doctor Craig the Christian Intellectual just demolished Christopher the drunk hitchens in their last debate, do you think this is the thing that made dawkins scared like a little chicken to debate Doctor Craig? It looks like Craig wants to knock of all 4 horsemen of atheism in debates. The guy is mowing through them like a hot knife through butter. It was hillarious how he gave hitchens a pat on the back and told him to come back next time more prepared lol.

I have never seen an atheist leader humiliated on the facts liek Craig did to hitchens.

Seems likethe ignorant atheists patrol is on full alert. Wow, I never seen a group of morons answer a question in rapid fashion. To say that atheists dont debate christians is a lie, they have been debating each other for many years now. Atheists love to lie. Second, criag is a powerhouse in the theist community and dawkins knows that if he can get a win over him it would be huge for atheists everywhere. here is a video of craig demolishing hitchens on moral objectivity in which he had the atheist leader agreeing with him towards the end of the video loooooooool. If thats not a demolishment i dont know what is? 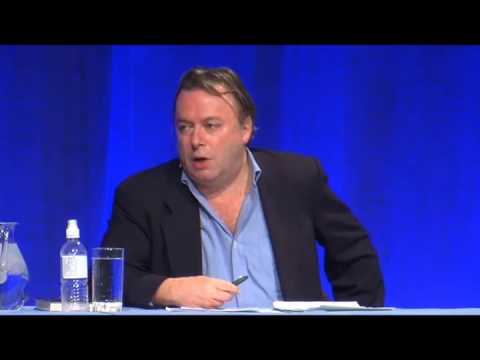 watch the last 20 seconds and see how a theist totally embarressed a well know atheistic appologetic. NO WONDER WHY DAWKINS IS AFRAID TO DEBATE AN INTELLECTUAL CHRISTIAN AND THEIST.

If you doubt dawkins is a chicken, this is coming from his own thread http://richarddawkins.net/forum/viewtopic.php?f=20... naturally these biased atheists are saying that craig is too below dawkins for dawkins to debate him, but dawkins knows that craig is the top theist debater alive and is a cowering chicken to even debate him on even one area.

Atheistic groups like to pick on ignorant people like kirk cameron but when they have an intellectual theists in front of them they will hide under a rock, because they know that science is doing nothing but validating the existence of god.

God bless you people, your gonna need it if your top atheist wont even debate lol

Vincent K, Doctor craig is far from a funde, and this is why hitchens debated him and lost (he got trounced), If a guy was unreasonable and ignorant it would be that much more of a victory for dawkins and atheists, but atheists are what?????? Chickensssss buck buck buckackkkkkkkkkkkk

If science is true it should be able to stand the rigurous test of critique, Hmmm, dawkins is a scientist who wont even debate his science. Maybe its because his science is in error and biased towards the atheistic side, and he knows full well craig knows these errors and will rip into them easily.

You atheists are hypocrits, when an atheists scientist debates a layman theists and the theist loses you all scream yayyyyy but when an atheist powerhouse chickens out to debate a theist power house about the atheists own field of expertise you say there is no way to debate christians.

Guess whose the hypocrite now hehehehe