It's not a snake, but beware of its venomous bite

The best and worst states for retirement in 2020

239 experts with 1 big claim: The coronavirus is airborne

Coronavirus response: What has been accomplished

How one woman changed her life by changing her diet

THFamily: Look what I found!?!?

Ok, I was looking around on the internet and found this! What do you think?

In the most recent issue of Bravo, they talk about the Automatic video shoot, which they got to exclusively cover. The video, which was filmed in German and English, is being shot 3 hours outside of the nearest town. There are race cars, too!

Although youd think Africas hot, at night the desert gets very cold. All the boys hotel rooms had heated blankets, but unfortunately Toms was broken. He also had a cold shower. I feel bad for him, although Im sure he either got a new room or went in with one of the other guys.

Wicked! Tokio Hotel are shooting their spectacular comeback video in South Africa Only Bravo was there with them

Brown sand, as far as the eyes can see. Dead silence. Suddenly an engine howls on! Then a cool sports car drives with a crazy speed trough the steppe. On tax: Tokio Hotel frontman Bill (19)! Even drummer Gustav (20), guitarist Tom (19) and bassist Georg (22) slide casual through the hot dust.

Here in the South African desert, the rock band is shooting their new video for their single Automatisch, which will be released worldwide in mid-September at the same time in German and English ( Automatic). For the shoot, the 4 Magdeburger traveled 12,000 kilometers to the southern tip of the African continent. The shooting is strictly shielded, and far from the shot. Because there is gonna be a car race in the clip, so the security is very important.

The 4 practice diligently with the cars and have lots of fun. Otherwise the set is rather untypical: Theres no cellphone reception, not even a tiny bar on the phone and theres no internet anyway. The nearest village is more than three hours from here, says Gustav.

The inhospitable area has more unpleasant surprises to offer: When you think about the desert, the fist thing that comes to your mind is sun and heat, but at night it isnt getting warmer than minus 5 degrees Celsius, explains Tom. Above all, the guitarist has nothing to laugh about the frosty temperatures. After the first day of shooting, we drove back to the hotel at night, which took some hours, says Georg, and then the heater in Toms room didnt work at night.

Bill grins: The beds are all equipped with electric blankets, but out of all Toms was broken. Its clear that his twin brother whines. After I spent some hours on shaking myself to sleep, I also wanted to take a shower in the morning, thats when I noticed that I didnt even have warm water in my room there was just ice cold water coming from the line. Thats a strange desert here. But as cold as it was for the guys on set, they are happy about their new video, because at least that one is hot. 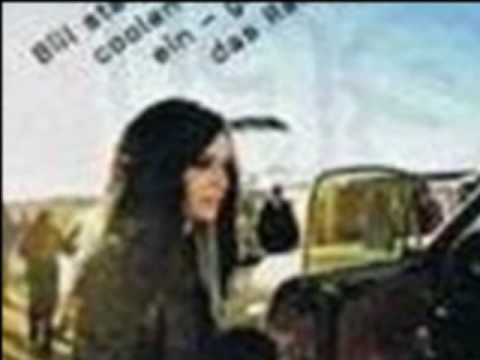 POLL: Are you excited for the official song/video to come out? I know I am!