A risky vow to vote on Ginsburg replacement

Trump caught off guard by news of Ginsburg's death

Will we be wearing masks forever? What experts think

'I'm getting comfortable being uncomfortable': Keys

Is it true that Rahul Gandhi charged for raping a girl named Ms.Sukanya ?

heey is it true ?

i got this mail 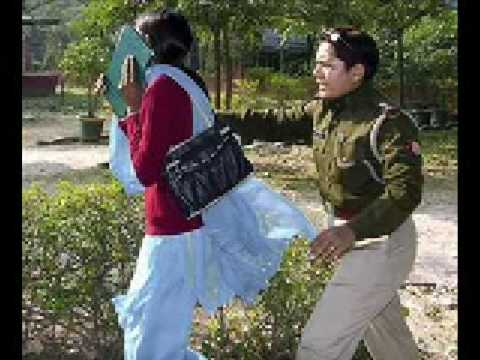 Rahul Gandhi, Congress Member, Parliament of India ,representing the youth of Congress Party is been charged for raping a girl named Ms.Sukanya who happened to be daughter of Congress worker . Rahul Gandhi is fifth-generation scion of the Nehru-Gandhi dynasty and son of Congress Party President Sonia Gandhi, he ran on a campaign promoting economic development, honest politics and the role of youth. Mainstream media is silent on this issue .

On that fateful night Ms.Sukanya tried to get the support of local bastiwalas, but no one came forward as everyone are scared of Congress Goondaism which is strong in Amethi.Sukanya's father beat her so badly that she was forced to run away with her mother because Congressman wanted to kill her. A Group of 1,000 Congress people roamed the town on that night and kept warning people to keep their mouth shut otherwise they will kill them.It all happened under the nose ofthe police who acted helplessly.

Sukanya and his mother are said to be hiding in one of their Relatives House in Harayana. Our Sources in Lucknow say that "The Congress men have been ordered to kill them at sight before they come out in open or approach the president" .Congressman have been deployed at all 7 borders of UP & Delhi to trace both motherand and Daughter . Congressmen deployed at checkposts have been provided photographs of Sukanya.

Door to Door Searching is on in Amethi and neighbouring Villages to track down them, and simultaneously the villagers are being warned and threathened if they provide protection to both mother and daughter.

As per the information, both Mother and Daughter are alive (Updated information about 10:00 P.M IST 16/1/2007) and search is going on. There is likely that Congressmen and Congress Governments in other states are secretely been instructed to track them down and hand over to them at the earliest.

We have no information like who is contacting the president on behalf of them. We are trying to gather information from our people in New Delhi whether the Human Rights has seriously registered their Complaints. Our people are hesistant to to because there is a possibility that they may apprehend us and hand over us to the police or congressmen for questioning.

Few Congress MLA'S from Uttar Pradesh are under tremendrous pressure from the high command to Locate both mother and daughter and finish the needful.Secretly a reward has been announced by the Congress High Command if whosoever provides info or ...... Congressman from other districts and states are touring all over UP & Delhi.

"I am sure they have decided to kill both mother and daughter."

IMPORTANT : Father of the victim Mr.Balram Singh has either gone underground or has been killed, he is not to be seen since 4th January 2007.

On September 27, 2001 Rahul Gandhi MP and his Columbian live in girl friend of Kerala backwater tourist centre fame, Juanita alias Veronique, was arrested in United States of America’s Logan airport in Boston, by the FBI. Rahul was having an Italian passport and was carrying suitcase full of dollars. Some say it was about $2 billion or was it $2 million. This huge dollar amount generated suspicion with the US authorities. Rahul and his girl friend was thus detained by FBI. FBI suspected that Rahul was carrying terrorist funds or drug money for laundering in US. Rahul called his mother Sonia Gandhi in India . In turn Sonia called Brijesh Mishra, the former National Security Advisor and a key aide to former prime minister Atal Behari Vajpayee at the Prime Ministers Office. Brijesh Mishra intervened on behalf of our PM Vajpayee with the US Administration for the release Rahul from FBI custody. Rahul Gandhi was released only when the Indian Ambassador intervened and gave assurances to the