If you believe evolution is false, why did God or The Designer create all those intermediate species?

Fundamentalist Creation (and Intelligent Design) say that creatures appear suddenly with no precursors. So intermediate species are not needed. Only evolution demands intermediate forms. And we have found them in vast numbers.

So... why did the supernatural Creator/Designer create so very many intermediate forms, with gradual tranformations from one major form ("kind") to the next?

Nice readable document about the fossil evidence of continuous transformations from one species to the next:

And my personal favorite. Because of evolutionary theory, scientists identified a gap in the transition from fish to amphibian, determined when it would have lived and where it would have lived, then they went out and dug up several examples:

Good video of presentation by biologist on intermediate species: 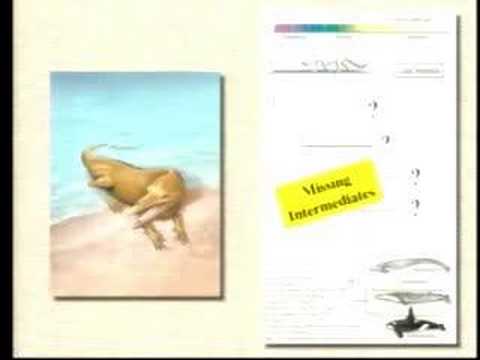 Here is a great video addressing the false claim that there are no transitional fossils: 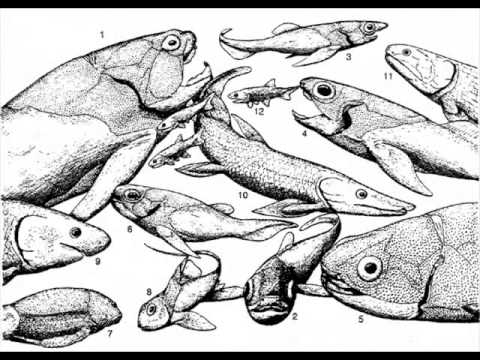 So why did the Creator/Designer make all these intermediates?

Anthony B - you're kidding, right?

"there is never any proof that a transitional fossil has been found. Wikipedia shows drawings."

So all those things in museums are all fakes? All those research papers are made up just to confuse the faithful?

"Your other links show species that adapt and slightly change but are still the same species."

What??? If you can create a reptile and create a bird, why do you need to create (temporarily, 'cause it's gone now) a half-bird, half-reptile?

"there would be hundreds of billions of themm How many do we have?"

LOL - do you think every creature becomes a fossil when it dies? How many of your relatives are fossils now?

Anthony - a "transitional species" is NOT a Kirk Cameron "crocoduck" or a Harun Yahya half-bird, half-starfish. Those are just stupid pictures meant to confuse people and have NOTHING to do with how evolution works.

Do you understand that populations evolve, not individuals? Do you know what that means?

Archeopterix IS half bird and half reptile, just like YOU are an intermediate species between Astralopithecus and whatever humans will evolve into.

To say there is no evidence of transitional species is to (1) be completely ignorant of how evolution actually works, or (2) be lying.

Science actually sees the world around it and learns from it. In 2000 years, science has taken us:

- from huddling around a wood fire to harnessing the power of the atom;

- from witch doctors to eradicating smallpox and polio;

- from astrology to the Hubble Telescope;

- from mud huts to skyscrapers;

- from camels to Airbus;

In the same period religion has taken us from bickering over differing interpretations of an unseen god to....

bickering over differing interpretations of an unseen god.

And you call my worldview "blind dogma"?

You need to be "born again" to science.

Did you know that if every atom in a single gram of hydrogen were the size of an unpopped popcorn kernel, they would cover the United States to a depth of nine miles?

You have the opportunity to comprehend things that the authors of the Dead Sea Scrolls never did.

Write to me if you'd like examples of genetic mutations adding genetic information.