Washington 'used to lie' about Denzel being his dad

Trump: I could have beat Washington before virus

Surprise star fills in on 'AGT' after Cowell injured

Why do people think Lebron isnt a 'creative' dunker?

People seem so one track minded... That just because he does a tomahawk most of the time, they think thats the only dunk he's capable of? Seems like yal forgot about the rookie sophomore game where bron, wade and melo were going between the legs off the glass and off lobs (Even Tay Prince did it).... And he has no body control? Last time I checked, you cant do reverse up and under layups all the time with sloppy body control... 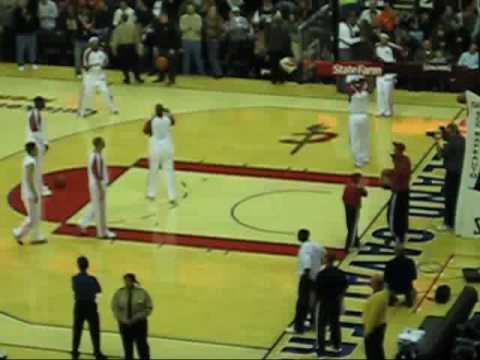 I just got a bunch of dumb answers, minus a few...

OK now I got good answers... Mamba does a good job as usual....I think next year's dunk contest should have these people..

Howard (I dnt think he has any good ones left)

Kobe/Vince (Aging dunkers, but regardless of age, arent these the people we want to see?)