Get ready to eat bugs if you want to live beyond 2050
More trending news?Visit Yahoo Home
Anonymous
Anonymous asked in Society & CultureReligion & Spirituality · 1 decade ago

Christians: Do you speak out against fundamentalism?

I often hear Christians asking why (and criticizing) moderate Islam's failure to consistently speak out against Islamic extremists and fundamentalists like Osama Bin Laden and the theocracy in Iran.

Keeping this critique of Islam in mind, shouldn't moderate Christians practice what they preach and speak out against Christian extremists and fundamentalists like Anne Coulter, Shirley Phelps-Roper, and Pat Robertson? These fundamentalists do the Christian religion more of a disservice than a service, and are rhetorically comparable to the worst examples in extreme Islam.

So, rather than focusing your collective domestic efforts against homosexuality, divorce, and welfare reform (all of which actually undermine the ability of Christianity to appeal to the mainstream) why not focus against the folks in your own ranks who literally give Christianity a bad name? Why not speak out against those who weaken your message of love and forgiveness? 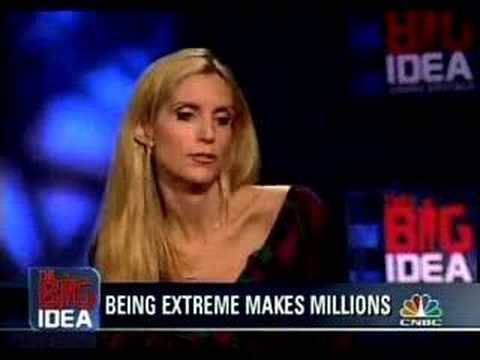 KJV-1971: Spoken like a true fundie. You didn't even look at those links, did you?

Rugbyidiot: Calling someone a "filthy miscreant prone to bizarre perversions" because they happen to be homosexual is bordering on hate-speech. It is certainly bigoted rhetoric.

Safi: Sure. Or appear on CNN or Fox across from these folks as moderate voices. Or counter these bigots by parodying them... Anything helps.