Trump and Biden clash on lockdowns in final debate

Bowden: I wanted to live so I could vote for Trump

Did Michael Jordan get alot of unmerited hype?

It only illustrates how people go out of their way to make him better than he was.EXAMPLE -

The 1988 dunk contest featured a classic duel between Michael Jordan (1985 winner) and Dominique Wilkins (1987 winner) in Chicago. On the last dunk, Jordan tried the free throw line dunk, but he stepped in front of the line. He received a "50" for this. Two years later, Scottie Pippen jumped from behind the free throw line and received a "46" for the same dunk. Surprised? You shouldn't be. What was the difference? Jordan is quite often given more credit than he deserves. You can say that I'm full of sour grapes, but consider the following analysis from fellow participant and 1986 winner, Anthony "Spud" Webb:

"...the finals came down to Jordan and 'Nique. Who won? Dominique won it by a mile. Who got the trophy? Michael Jordan , it's just sad how we have to manufacture our heros these days 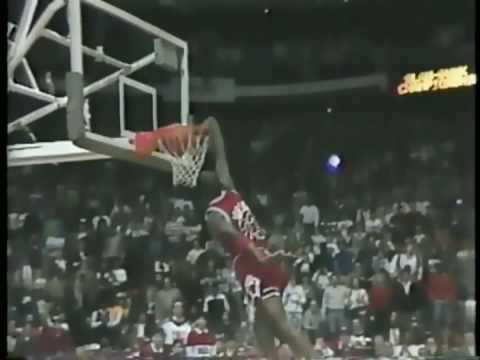 Most Jordan fans will give answers like "NO" or "how many titles did Nique win?"....these people are basketball illiterate and have no solid criteria for thier arguement's...Pippen has just as many titles as Jordan!..Pippen has more winning seasons without Jordan also!

your right hp the league is far better today then it was in the waterd down 90's!