Another $100 cut from weekly unemployment boost

Barbara Boxer takes a jab at Harris's time as prosecutor

Thinking about going to the dentist? Experts weigh in.

'AGT' shocker: 'These judges have lost their minds'

What do you think of this Obama supporter?

an elementary school teacher preaching to kids about obama 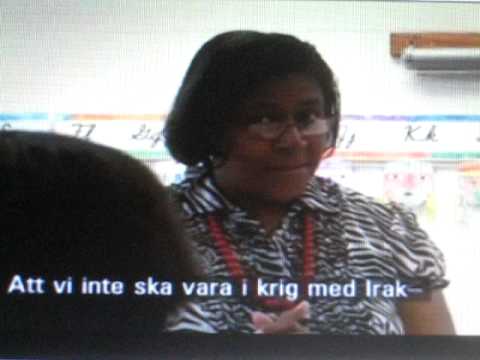 Harris:We want to talk about the presidential election. I want to ask you, who are you pulling for? Raise your hand.

Harris:Any of you pullin for John McCain? That’s fine, say him as well.

[Cathy, the daughter of an American soldier answers McCain.]

Cathy: I thinks it’s because my parents are going for him too.

Harris: Ok, your parents are going for him. Why are you pullin for Ba-RACK. Barack.

Ok, you want a black president.

Student: The reason why I want Barack Obama is because he’s making good changes in the good country and stuff like that.

Harris: So, he’s making good changes for our country. Now can you tell me just a little bit more, like what type of changes?

Like not having big fights between Iraq and having soldiers killed.

[Harris addresses Kathy] Talk, cause yo daddy in the military. Talk. It’s a senseless war! And by the way, Cathy, the person that you’re picking for president said that our troops could stay in Iraq for another hundred years if they need to!

[Camera pans to Cathy, in near tears.]

Harris: So that means that your daddy could stay in the military for another hundred years!

why on gods green earth is she shoving her own veiws down kids throats?

very true kevin, there are bad apples on both sides