Where $100K in retirement savings will last longest

Coronavirus is in the U.S.: What you need to know

Did you know that Prince William is the Antichrist?

Two Royal Families in Great Britain have claimed of them to be descendants of the Royal House of David, a Bloodline which supposedly produced many of the ruling Houses of Europe today, including the British Monarchy and current ruling House of Windsor. The other family important to this lineage is the the Scottish House of Stuart (Spencer), whose most infamous descendant was the late Princess Diana. The fact that both these lineages came together in 1981 with the marriage of Charles and Diana might seem as mere coincidence to those not knowing any of the things contained in this site, yet I assure you, it was an arranged marriage to bring about the beginning of a new age of monarchy. While there is discrepancy as to whether or not the Windsor claims to the Throne of England are legitimate (being descendants of the Germanic House of Saxe-Coburg-Gotha), most agree that the Stuart lineage are not only the rightful heirs to the Throne of England (and Scotland)..grailcode.net

There has also been a book written "The Antichrist and a Cup of Tea" with very compelling evidence.

Also check out this video.....http://www.youtube.com/watch?v=nwJ0PZMbu-w 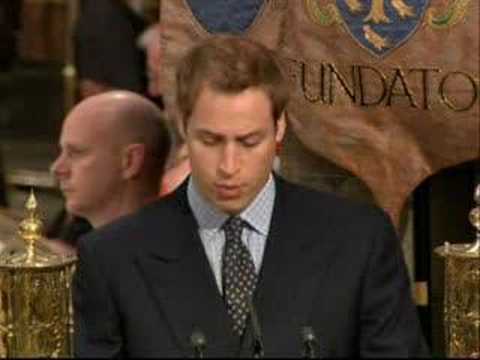