Markle explains why she couldn't do earlier interview

Even MJ can't believe how good LaMelo Ball is

Rudy Giuliani's daughter opens up about her sexuality

Latina lawmaker claps back after her accent is mocked

Julie Delpy on the downside of being a pretty actress

Are alternative fuels really 'new technology'? Did you know the Model T was designed to run on hemp alcohol?

"The Economist article lauds American scientist George Washington Carver for developing hundreds of industrial products from peanuts...then comes disinformation: "In the 1930s, Henry Ford started using parts made from agricultural materials, and even built an ‘all-soy car’". Sorry, not "all-soy"—Ford made a car in 1941 of mostly resin-stiffened hemp fiber, with hemp plastic windows, and powered by hemp ethanol. Soy resins were used, but it has always been known as Ford’s Hemp Car. http://www.youtube.com/watch?v=bxlj6fgQ-ZU 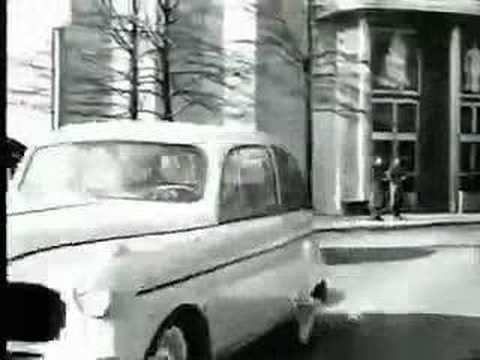 Ford loved American farms, which by the mid-twenties were in an economic crisis that would worsen into the great depression. Ford knew that creating new markets for farm products was essential, and with his political and financial backing, the Farm Chemurgy movement started taking off. Ford also knew that with widespread cultivation, hemp could be an economic powerhouse—and that ethanol from hemp, or any other fermentable vegetable matter, was the fuel of the future, something widely agreed upon at the time in the automotive industry.

A favorite quote of Ford’s: "There’s enough alcohol in one year’s yield of an acre of potatoes to drive the machinery necessary to cultivate the fields for one hundred years." His first Model-T was designed to run on hemp alcohol.

Rudolf Diesel designed the diesel engine to be powered by vegetable oils, such as from hemp seed; at the 1900 world’s fair he ran his new engine on peanut oil.

To the stupendous misfortune of virtually everything but Big Oil, the chemurgy movement was stifled by Big Oil. A new National Energy Program was the subject of many bills in Congress, focused on utilizing part of Americas vast agricultural capacity for production of alcohol fuels. Big Oil responded with withering lobby power, including slogans such as the government’s proposed energy program "robbing taxpayers to make farmers rich". Then, as now, whatever Big Oil wants, Big Oil gets. Ford’s vision of cheap, clean and renewable biofuels spooked early oil barons into keeping oil prices in the range between $1 and $4 per barrel—prices so low that no other energy sources could compete. But once they were sure the competition had been killed off, the price of oil began to soar. They were not only able to eliminate competition from alcohol fuels...but were instrumental in diddling government into effectively banning hemp cultivation—an incredible robbing of the people to protect entrenched corporate profits that still endures.

fangtaiyang - that does seem to be the slant of the article, but it isn't mine, although I think it should be a state, not federal issue.