Olympic champ's outrageous swim with a glass of milk

How masks became a political symbol in 1918

Trump doubles down on support for Maxwell

To all HUCKABEE supporters do you know who RICHARD HAASS represents & their UNCHRISTIAN & UNAMERICAN goals?

"...new mechanisms are needed for regional and global governance that include actors other than states. This is not to argue that Microsoft, or Goldman Sachs be given seats in the United Nations General Assembly, but it does mean including representatives of such organisations[sic] in regional and global deliberations when they have the capacity to affect whether and how regional and global challenges are met.

Moreover, states must be prepared to cede some sovereignty to world bodies if the international system is to function."

Note the spelling of "organisations" by Richard. It's how people in the UK spell it. Either he's writing for an audience elsewhere, or is himself, loyal to elsewhere. 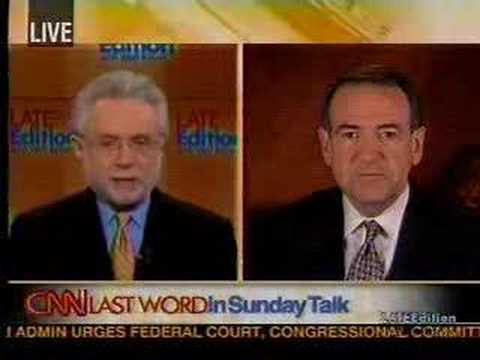 The endgame of the CFR and similar global elitist organizations is to implement a new world order agenda of one world government, one world bank, one world money system, one world military under the absolute control of a plutocracy, and has done so for decades. This is not America, not the America I love...GOD HELP AMERICA!