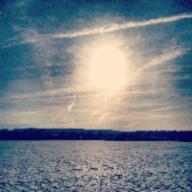 Hello m'dears, I'm Victoria and I'm 17 years old. I'm a Christian † pζặlм З4:5 is my favourite Biblical verse. The Prodigal Son is my favourite Parable. I find myself able to relate to this story quite a lot. For some reason my original account was blocked. This therefore means that I've had to start from scratch, which absolutely sucks because I was doing so well. Guess that's life though, eh? You'll normally find me in the Baby Names section but this may change now and then. Any questions? Email me :) -- Victoria -- PS: Please vote on my namelist: http://babynames.com/namelist/9766346