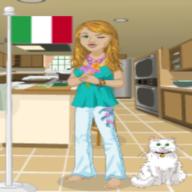 I am just a regular girl who loves kitties and cooking (not together though!) I especially love cooking Italian food and goodies (my downfall - lol) Travel is another of my favorite things to do and now that I have discovered this darned thing, Answers is one of my favorite pasttimes. How does anyone get anything done??? I am single and livin' in my hometown and just trying to enjoy life. Hope I can help some of you as much as some of you have helped me. TaTaForNow!